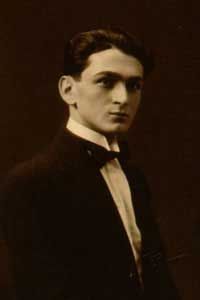 His father, Adolfo, worker in the shoe industry, as an amateur flutist he played in quartets which dug tango in vicinity. Two elder brothers played the violin: Adolfo Salvador Vicente (Fito) and Alberto Roque, the latter was more involved than the former and was linked to music for several years. It was his father who taught him his first music lessons, he started his first steps with violin too, but soon he switched to piano, although it took don Adolfo a certain time to buy the expensive instrument. After being trained at Conservatories nearby, at fifteen he started professionally at the Café de La Chancha, so called by the customers in allusion to the lack of hygiene of the owner. Learn more at www.todotango.com.

With Roberto Chanel in vocals

With Alberto Morán in vocals

With Jorge Vidal in vocals