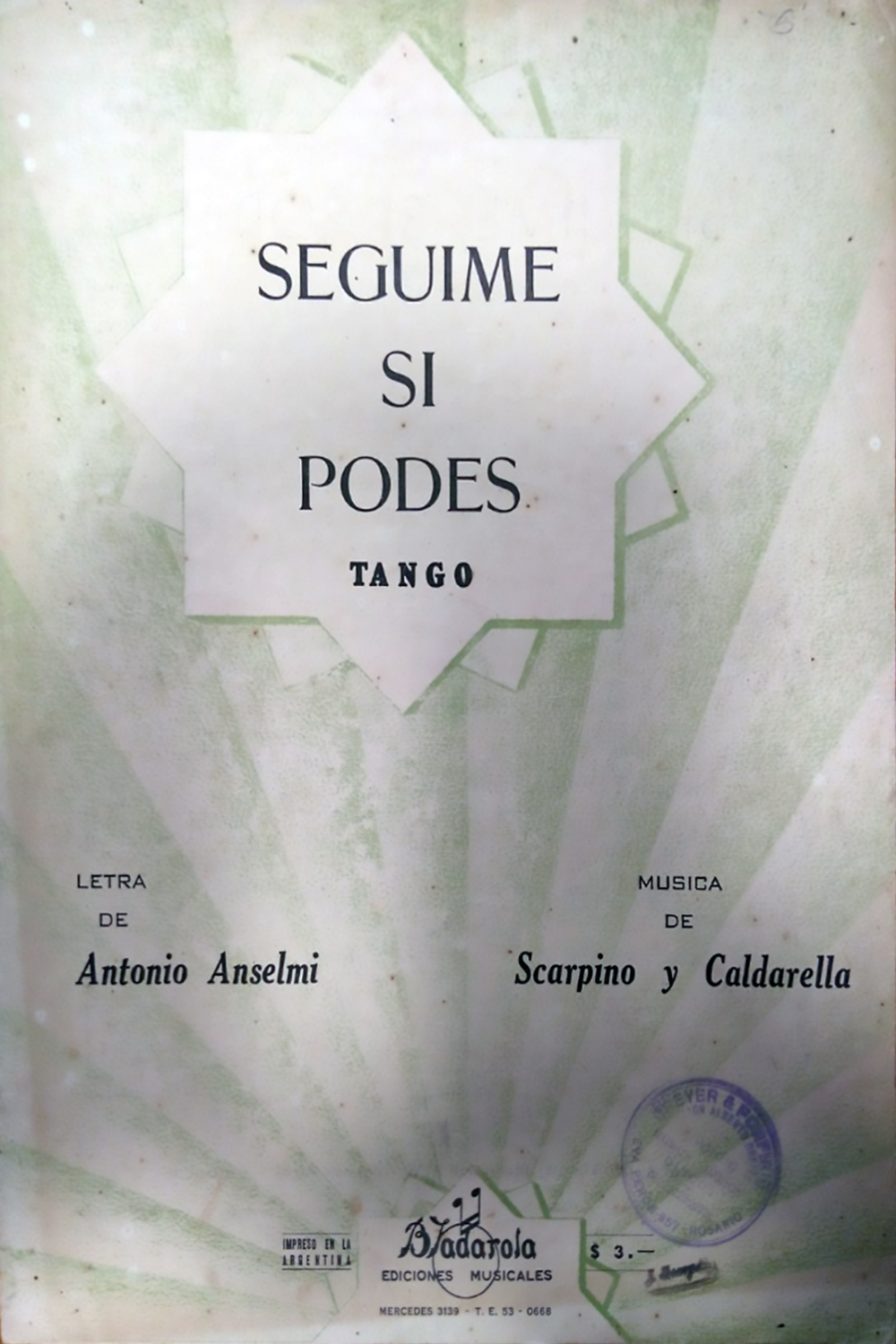 He used to impress his audience playing very elaborated embellishment notes —known in the milieu as «verduras»—.

One way in which he displayed his skills was playing two bandoneons, one with each hand, which were vertically placed on the floor.

As it was customary by that time, the financial situation was difficult so besides attending grade school he had to help his father who was a cobbler in the afternoon and in the evening he had to shout out the sixth edition of the newspapers in the streets.

In spite of the hard times he was little by little collecting cents to buy an accordion with only eight bass notes which he learned to play.

Then he and his brother José —who had a good voice— went out to play serenades around the neighborhood.

He composed around 200 pieces.

But with “Canaro en París” and “Seguime si podés” it would be enough to take him into account.