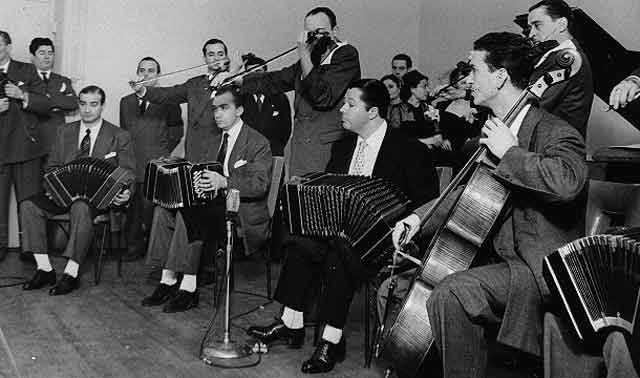 It is said that he had something from Pedro Maffia, but if someone has clearly influenced his way of playing, in the way to develop a conversation on the bandoneon, in his touching capacity when delaying notes in his phrasing, this one has been Ciriaco Ortiz. He played slightly bent forward, with eyes closed, his double chin hanging. Some time later he remarked: «Is is said that I am very often moved and that I cry. Yes, it is true. But I never do these things for trivial reasons».

Instrumentals with Orlando Goñi in piano

Instrumentals with José Baso in piano