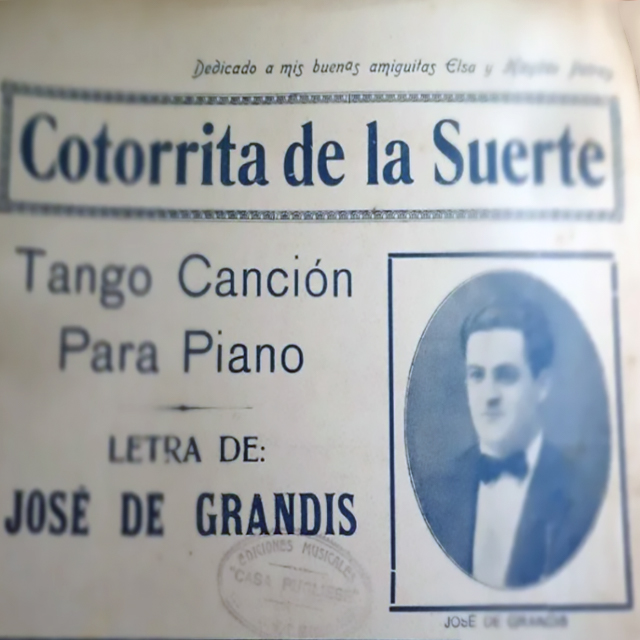 According to those who knew him closely told, adding lyrics to certain tangos he liked was simply unimportant mischief; something like drawing caricatures with a pencil on a tablecloth during an after-dinner chat.

The De Grandis’ most well-known tango is “Amurado” which dates back to 1926 when Pedro Maffia and Pedro Laurenz, who composed the music, played in the sextet led by Julio De Caro.

“Cotorrita de la suerte” is previous, it was premiered by Carlos Gardel and was recorded in Barcelona on December 16, 1927.

His verses appear with honor in the gallery of urban popular poetry.