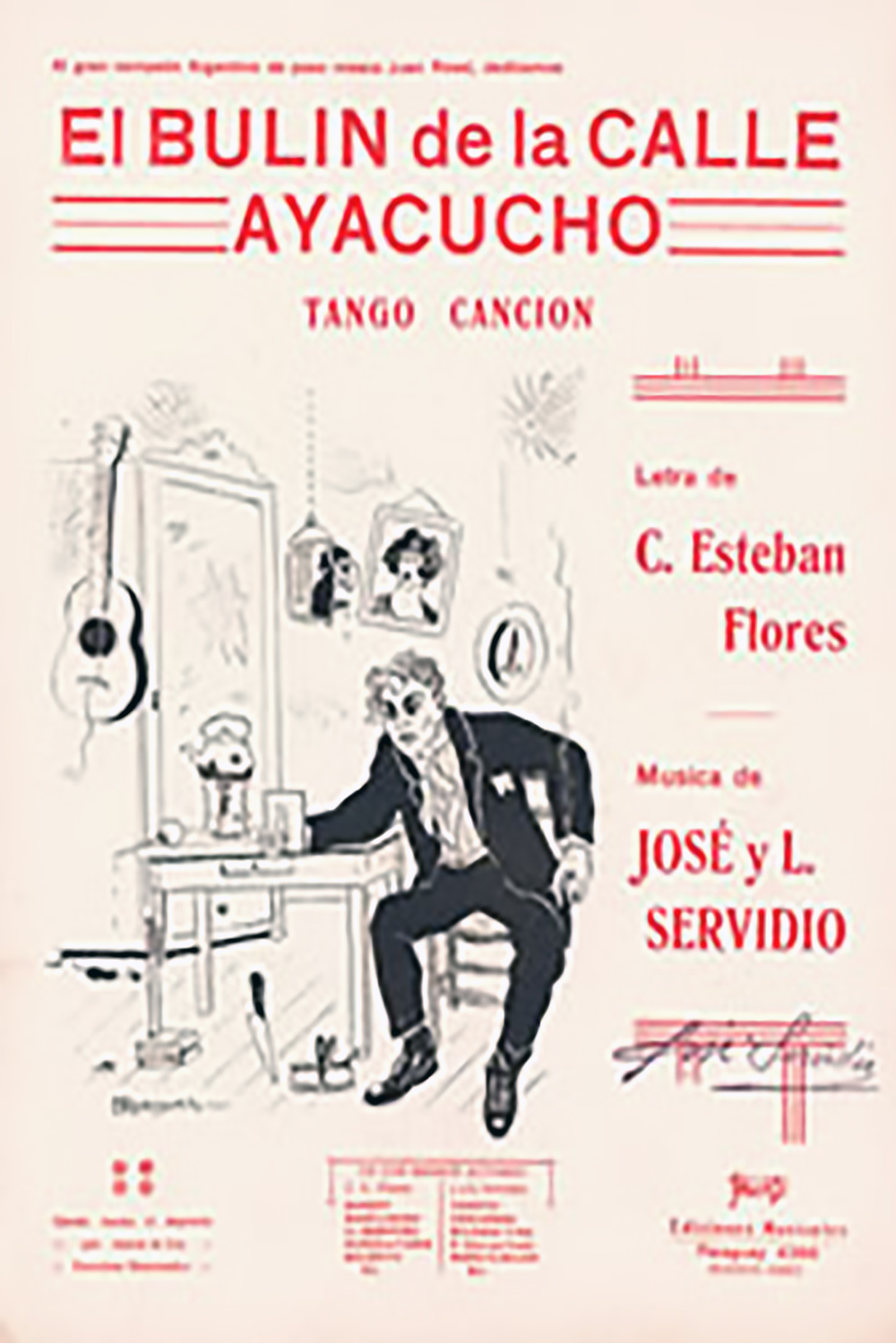 The lyrics of “El bulín de la calle Ayacucho" belong to Celedonio Flores and the music to the brothers José and Luis Servidio.

It has been a number with a wide popular acclaim.

The brothers used to sign together without caring whose part was more important.

So there were numbers entirely composed by Luis and other ones by José.

But when José was asked about “El bulín de la calle Ayacucho” he said it entirely belonged to him.

In 1923, Celedonio sent the lyrics of this new tango to José Servidio.

Referring to Negro Cele, José said: "We were friends since childhood. He lived on Velazco Street between Malabia and Canning. I composed the music in a couple of days. The apartment really existed on 1443 Ayacucho Street. It was a cozy little room in which we did not even miss mice."