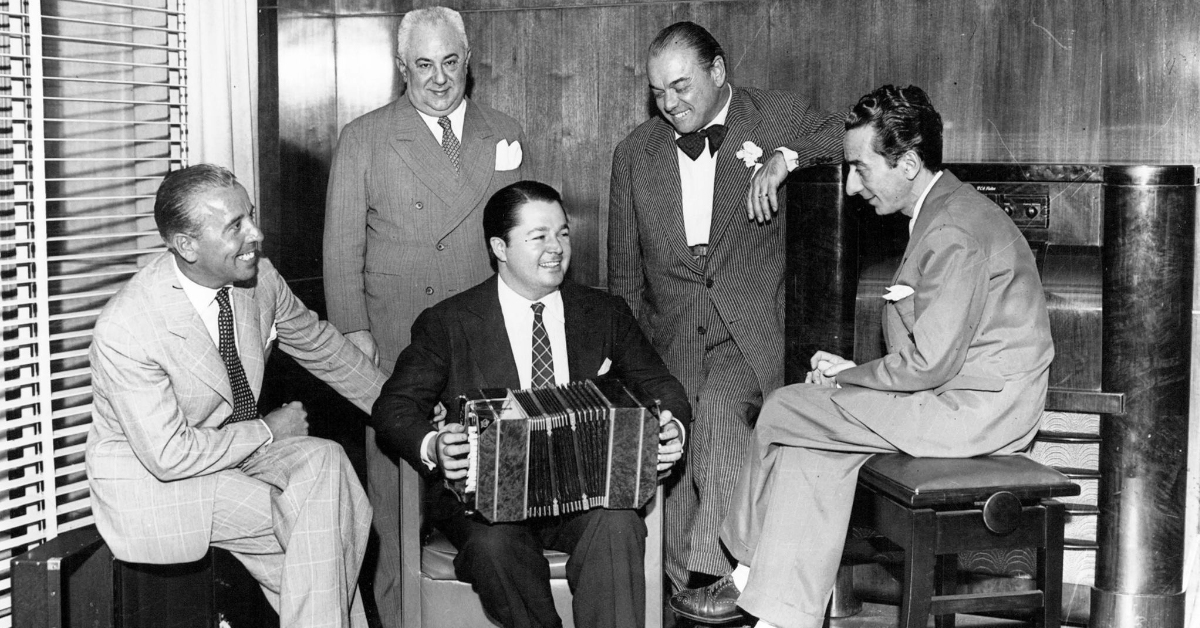 He was one of those few artists who made us wonder what mystery, what magic produced such a rapport with people.

But he had something of them all and he was, precisely, a master of personality and feeling in his expression. As an orchestra leader, he dug a unique tango style, balanced, without histrionisms, and of undeniable taste.

He knew how to choose the best players according to his musical ideas, he selected good singers, who besides him achieved their best, to such an extent that when they left the orchestra, only partially and for a short time could they reach a similar level.

He also knew how to choose a repertory without having to accept the conditions suggested by the recording companies.

Finally, he was an inspired composer, creator of pieces made to last forever, as also his renditions of somebody else’s works which became masterpieces of all times. Continue reading at www.todotango.com….