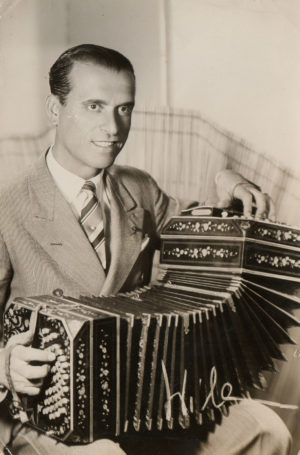 Born in the rapidly growing Buenos Aires at the beginning of the century, he spent his childhood in Villa Crespo neighborhood where co-existed, in colorful social contrast, native compadritos and malevos (tough people) and Spanish, Italian, Jewish, Arab and Turkish immigrants. It is here where famous conventillos (* Popular houses, generally one or two story, with several rooms and common sanitary facilities, interior yards, rented by people who lived all together in little space and poor conditions.) such as the mythical La Paloma flourished. Learn more at www.todotango.com.