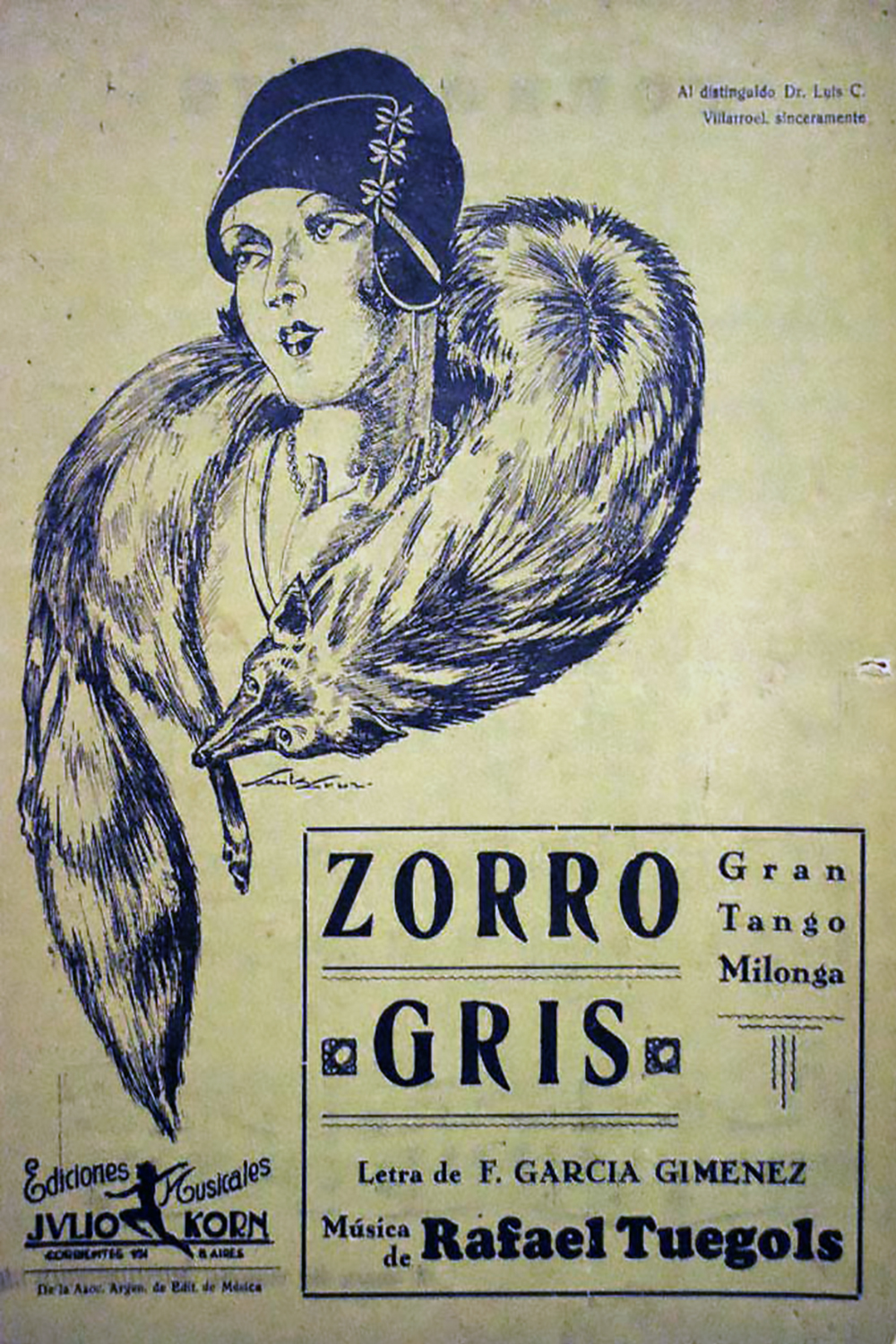 "My most successful tango probable has been “Zorro gris”.

It occurred to me while traveling on a streetcar on a trip to my mother’s house. When I was there I wrote it in a jiffy. A few days later I premiered with my group at the Café La Paloma. People liked it very much and soon others began to fake it.

It was by 1920 and at that time collecting royalties was not an easy task. Each evening I played it I saw somebody, undoubtedly one who wrote the music, who transcribed on a music staff my composition. I was about to make it published by Casa Breyer but in that way, the pirate copies would be released before.

That used to happen with many tangos, not only mine. But I had a good idea of adding lyrics to my melody. A friend of mine introduced me to a boy poet and he very soon handed me the storylines. That must have been the first work by Francisco García Jiménez."