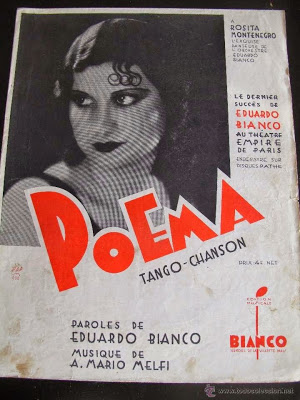 Since a young age he had had a formal training. He studied violin in his hometown, Rosario, province of Santa Fe. When he was a boy he went to Buenos Aires to join some orchestra, but according to his own saying, he was not lucky. Then he tried to take a chance in Paris. But he was not merely one player more, he soon understood the public taste and tinged his tangos with a European flavor and was widely acclaimed in all the countries where he appeared.
“Poema” was composed in collaboration by a group of musicians during a long trip by train. Continue reading.