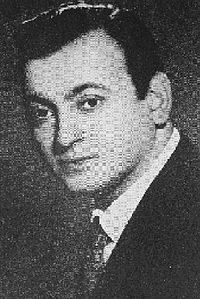 There’s a gate through which memories go back home and through that open door represented by Juan Carlos’s heart I step into his life, asking him to tell me things. Those things that are said when you are drinking mate in the shade of an old plantation and which we guess may appeal to the public who are the indisputable addressees of our songs.

«Tango began to be something that interested me by 1933 when Agustín Magaldi came to Campana. He had to appear one Sunday at the theater of the Sociedad Italiana, but he had temporarily lost his voice and was unable to sing. He then only talked to the audience and his five guitarists played instead. I was a kid but I recall that Magaldi was a good-looking man and the fact that he was there was enough to please the audience.

«By that time Carlos Gardel appeared at the Teatro Moderno. Continue reading at www.todotango.com...