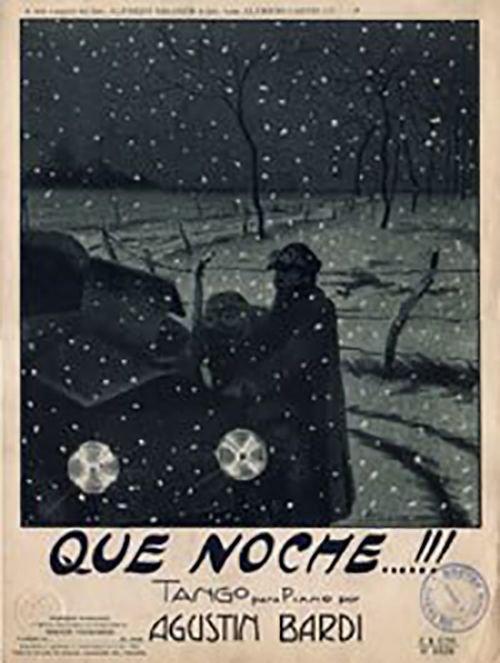 That day, Agustín Bardi and a couple of his friends went to the La Plata racecourse, 60 kilometers (roughly 37 miles) from the capital.

After the race they stayed late eating at a local grill (parilla), and then returned to Buenos Aires in the same Ford T they had arrived in.

Unfortunately, the car broke down halfway, where there were no available mechanics, and to add to the misfortune it started to snow!

Bardi tried to take advantage of the waiting hours, witnessing this rare phenomenon of snow, and began to mentally compose a tango.

Inspiration can be that untimely.

Shortly after that night, Bardi recounted to his colleague and friend Eduardo Arolas what happened during the night of the snowfall, sharing with him the new tango he had composed, which he had not yet named.

After hearing the harrowing story, Arolas suggested calling the tango “Qué noche (What a night)."

Read more about Agustín Bardi and History of Tango