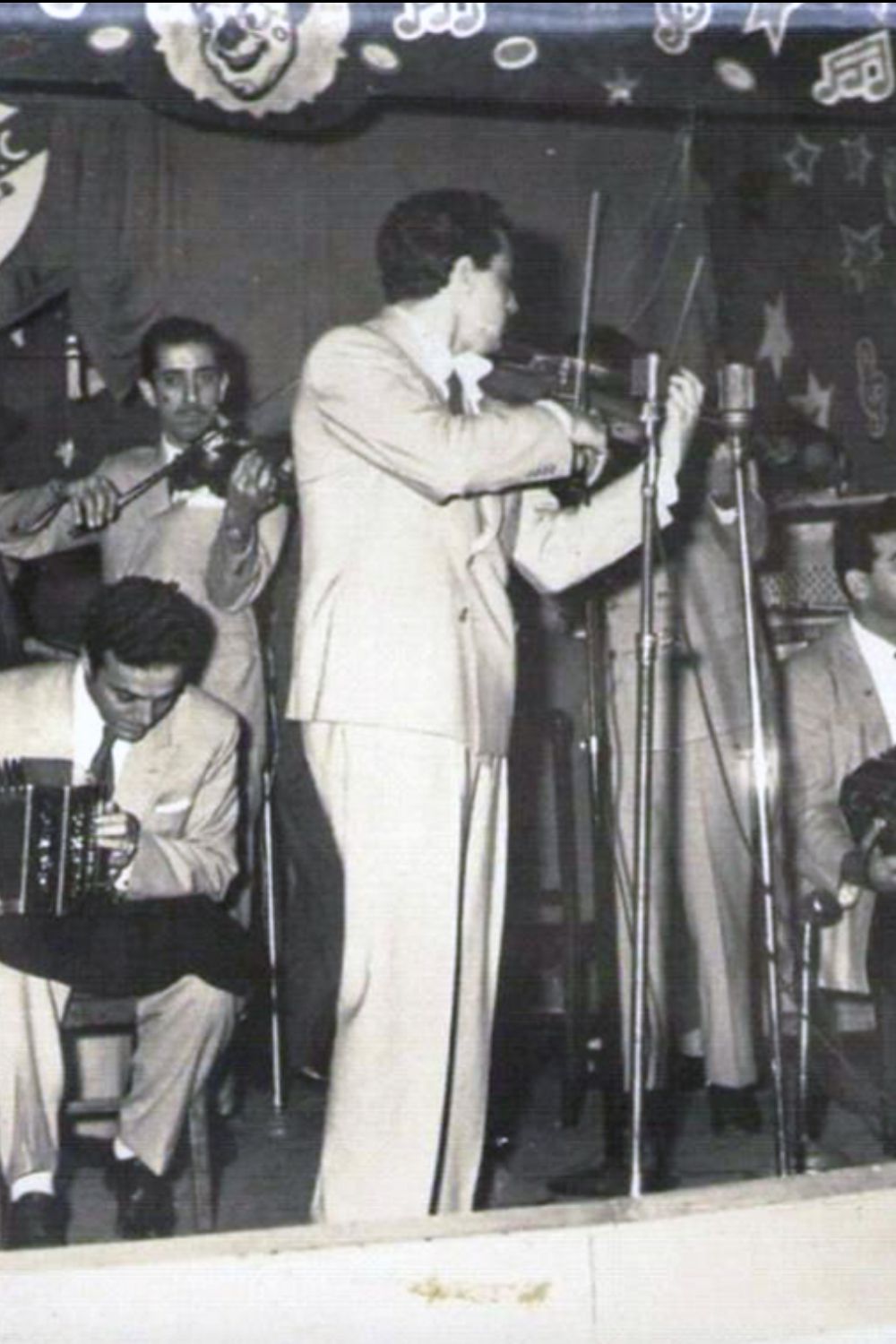 He was born in the neighborhood of Palermo, in the city of Buenos Aires, to a family home in which music and especially Tango had an important value.

In late 1943, a difficult situation occurred to Oscar Herrero when he was summoned by the unforgettable Alfredo Gobbi to join his aggregation, at the time of accepting the proposal from Osvaldo Pugliese orchestra.

Herrero’s attitude when joining Pugliese would make Gobbi very angry. And they reconciled many years later.

But he was right in his choice because he had a twenty-five-year tenure in the orchestra.

It is important to highlight his creative capacity, showed in works like “Nochero soy”.