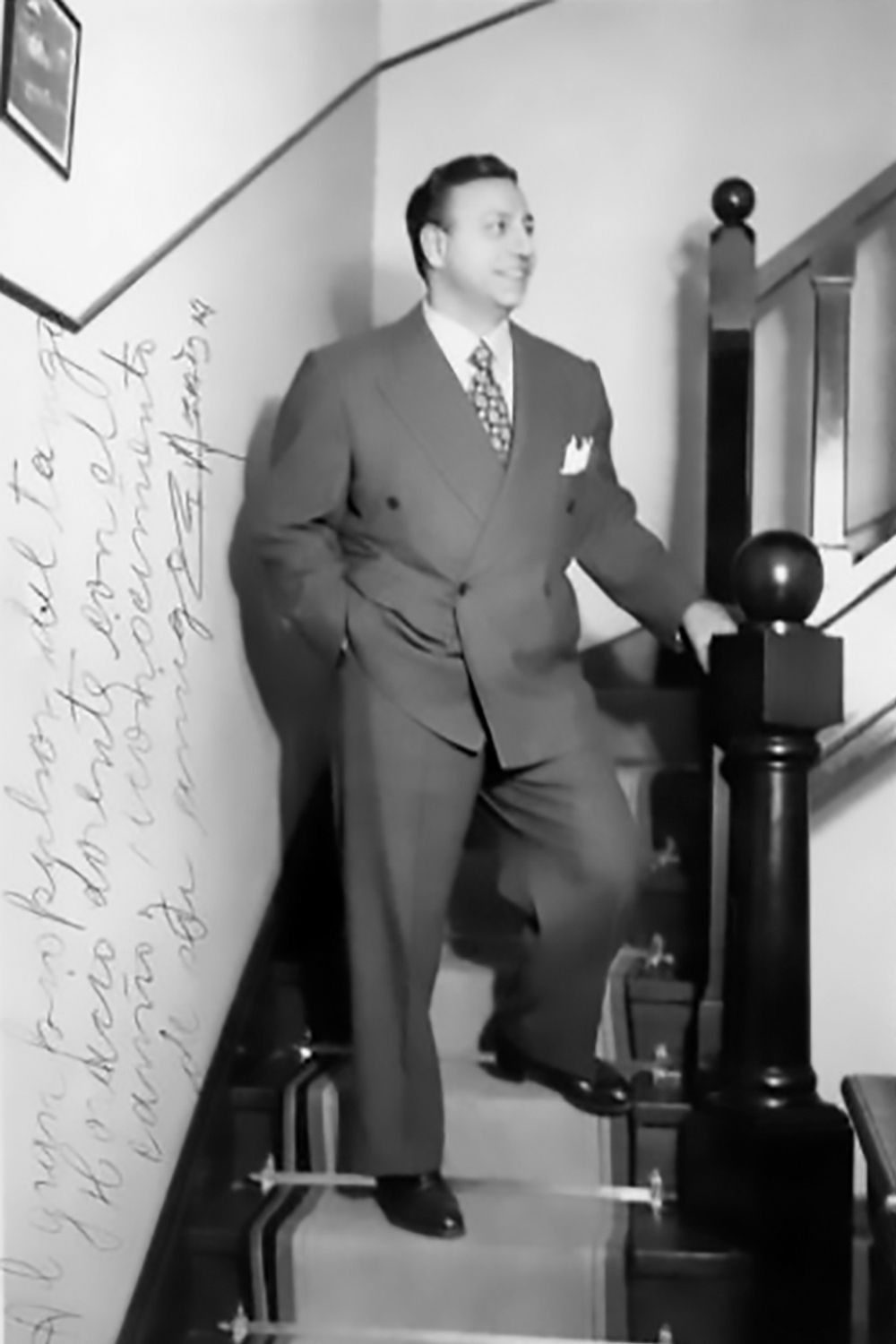 He arrived in our country from his Italian hometown in 1909 and settled with his family in Buenos Aires, in the neighborhood of Balvanera.

With other kids he looked after the herd of horses that pulled carts and flat wagons, while the drivers ate at the cheap restaurants in the vicinity of the market.

He began his artistic career at a very early age in the backyard of the restaurant Damato on Matheu and Victoria. There he used to meet with the owner’s sons and the kids of his gang and they organized tango sessions in which he was the singer. One day a singing instructor named Ralbis came to have lunch and wanted to know who that singer was. He suggested him to sing at a cinema theater in the intermission shows, accompanied by piano, violin and drums. The beginner was doubtful but his friends encouraged him. He put on brand-new long trousers and made his debut at the 2º Coliseo cinema theater on Bernardo de Irigoyen and Venezuela. The owners of the theater, José and Antonio Galvano were very enthusiastic and placed a big photo of Maida the kid at the hall.