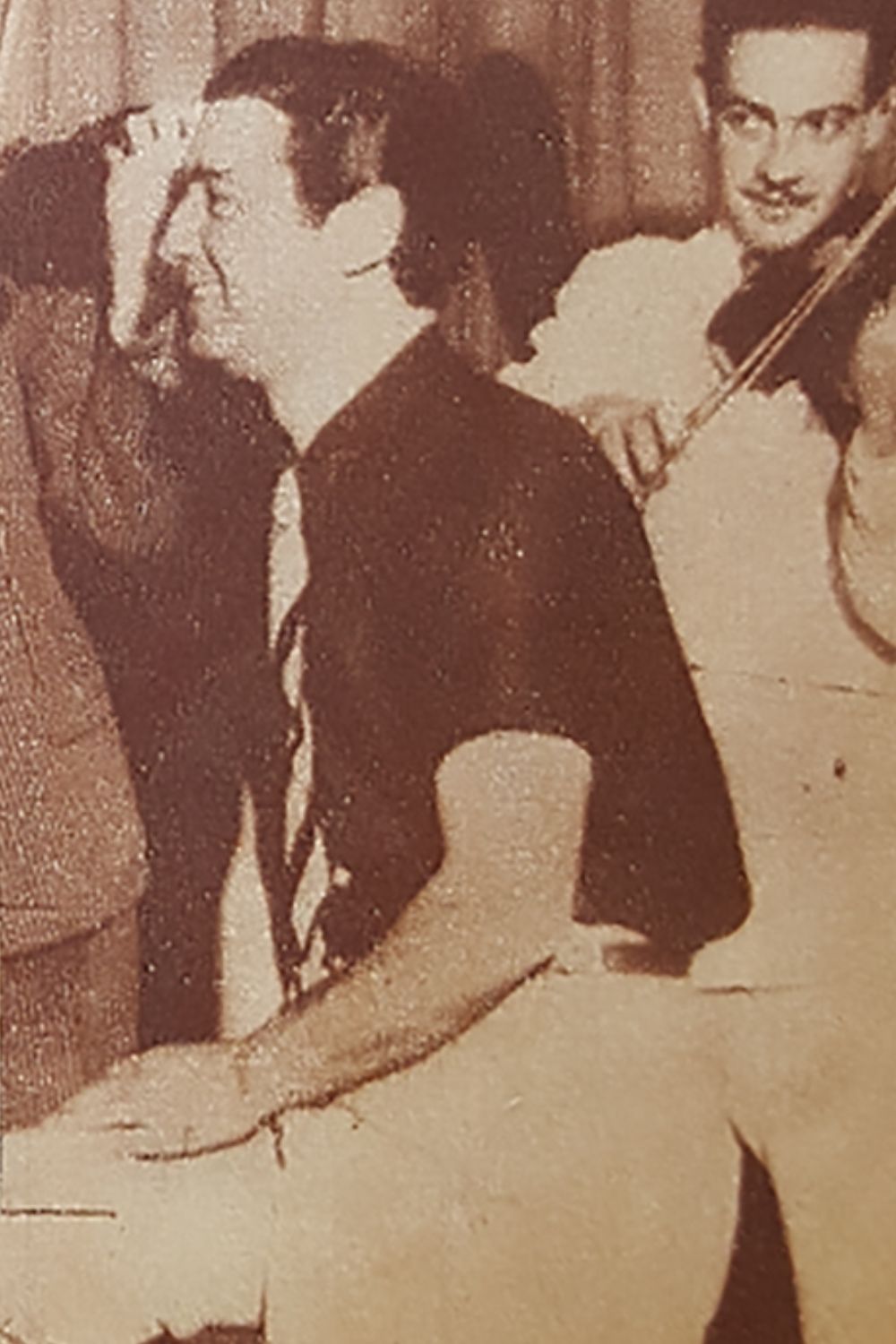 1937, when he was summoned by the bandoneonist and orchestra leader Enrique Rodríguez.

The team Rodríquez-Flores, during the four years that they stayed together, succeeded in becoming a great boom, either because of the following they drew at their appearances or as well for the commercial success of their recordings.

During his tenure in the aggregation, between 1937 and 1939, El Chato recorded thirty-five numbers of the thirty-six that the orchestra recorded.

This demonstrates the importance reached by the singer.