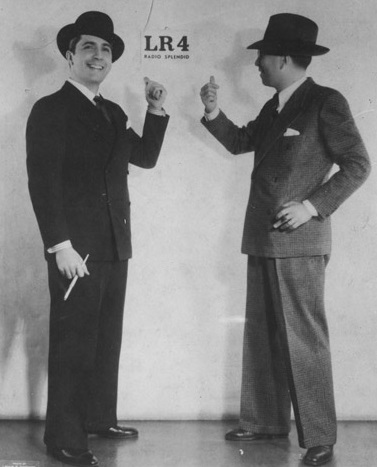 Considered the first radio film commentator, he started on Radio Sudamericana in 1920, by that time he had worked as an interpreter in theaters in downtown Buenos Aires where he put sound to silent films.

Then he had a foray into Radio Splendid 'where great stars of the moment paraded and on Radio El Mundo.

Adolfo Avilés was one of the most complete composers in Argentina and his songs were performed by great tango figures, headed by Carlos Gardel.