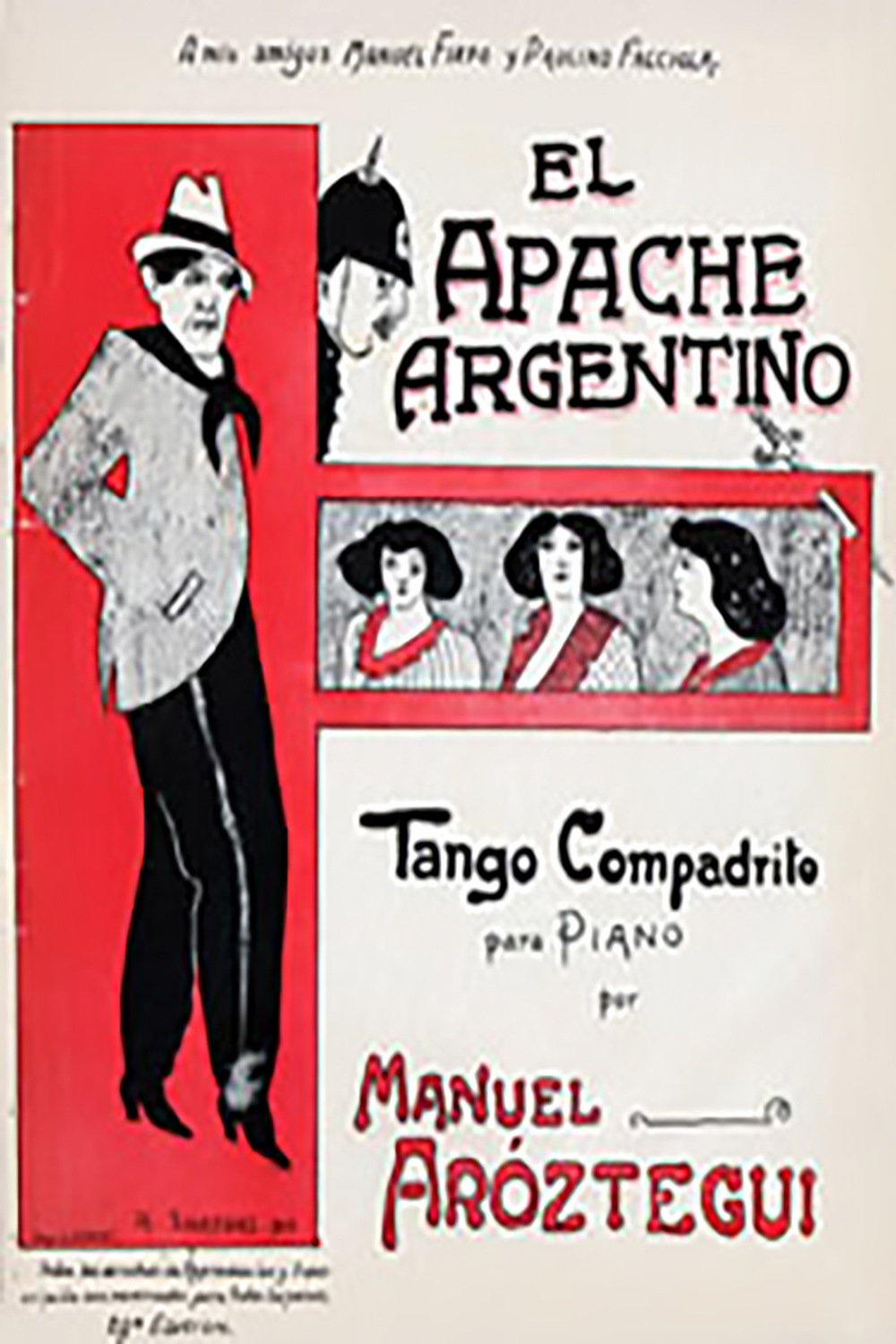 His devotion to music was born after he heard Pacho, in 1905.

In 1912 accompanied by Paulino Facciona (violin) and Manuel Firpo (bandoneon) he appeared at the Café El Maratón (on Canning and Costa Rica). A terrible shooting ended his performances which had been carried out for six months. Probably the bandoneon attracted to belligerent customers.

El Capuchino, a kind of cinema-ballroom was the new scenery, of ambiance rather peaceful; there his tenure lasted three years.

His first tango composition —“El apache argentino”—, was heard for the first time in 1913 there.

Withdrawn from the musical activity, later Aróztegui devoted himself to the decoration of toys that he himself peddled.