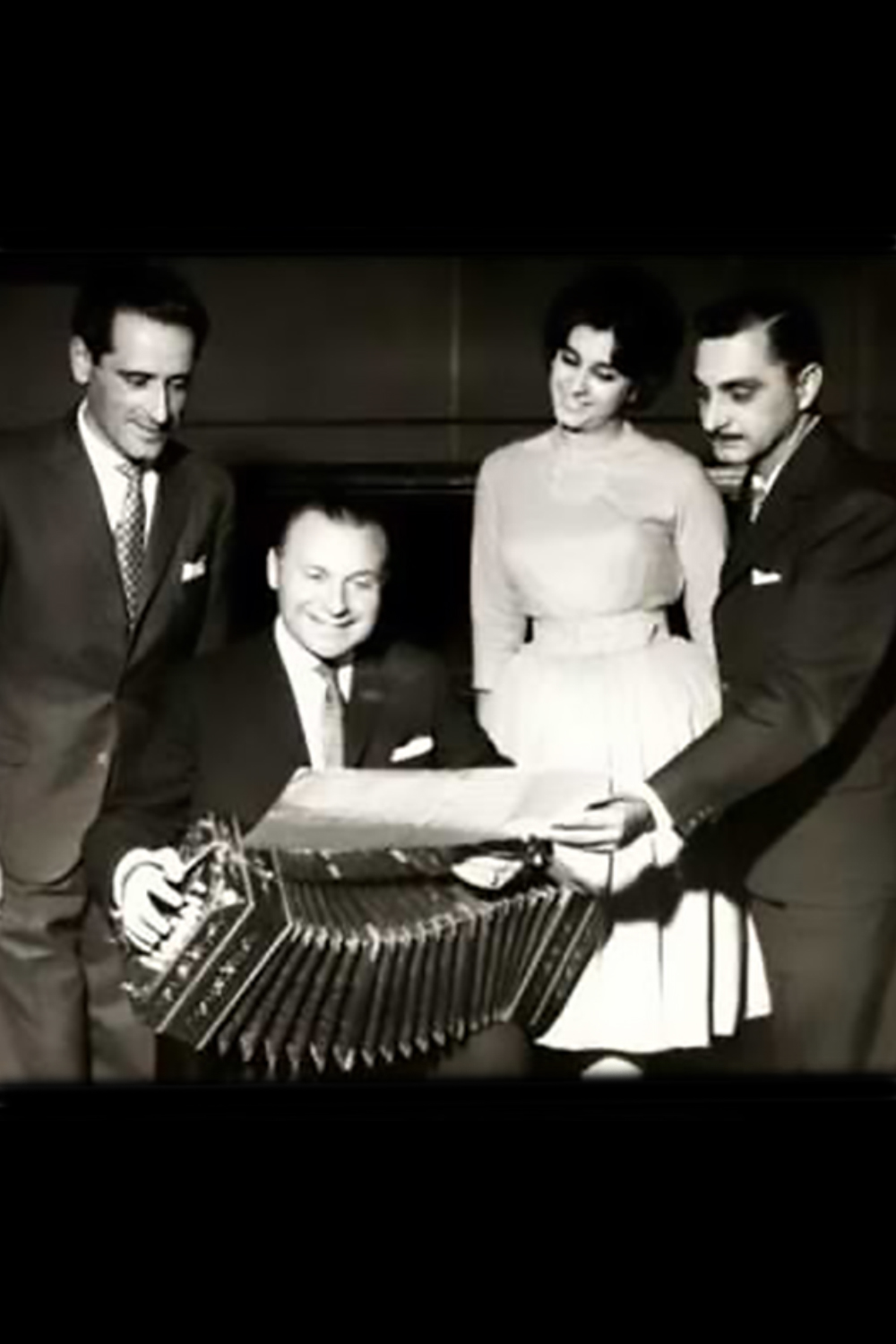 In 1957 Olga was summoned by the most popular orchestra in Montevideo: Donato Racciatti’s, which played in a style after D’Arienzo’s.

She was the vocalist for seven years.

With Racciatti she made many recordings and tours throughout the interior of Uruguay.

They as well appeared at balls, on the radio, at theaters and at the early television productions.

Among her greatest hits on record at this period is “Fumando espero”.