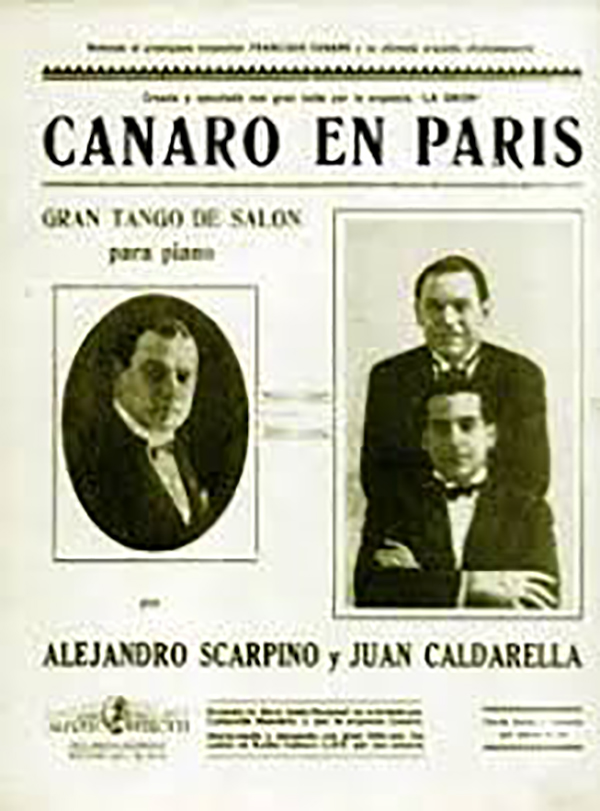 In 1925 he appeared at a café of La Boca —Noce—, the place where Scarpino might have composed his famous tango “Canaro en París”.

The composer himself, in a radio interview, said that it was a number with no title. But one day when he was on a streetcar in the Última Hora newspaper he read a headline: «Canaro arrives in Paris». Those lines inspired him and soon later, before the creation of SADAIC, on May 6, 1927 he filed a record —as it was costumary then— at the Biblioteca Nacional as «Gran tango de salón para piano».