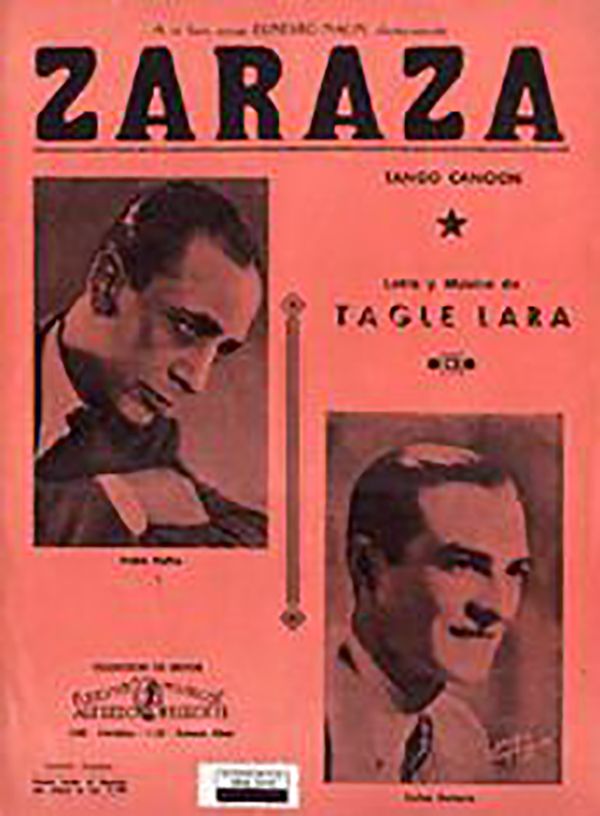 In 1929 he wrote “Zaraza”, also with his own music, and was awarded the second prize of the Gran Concurso Uruguayo de Tangos del Disco Nacional carried out at the Cine Teatro Cervantes of Montevideo and it was played by the Francisco Canaro Orchestra.

It was sung in France by Sofía Bozán who premiered it in Paris in 1930.