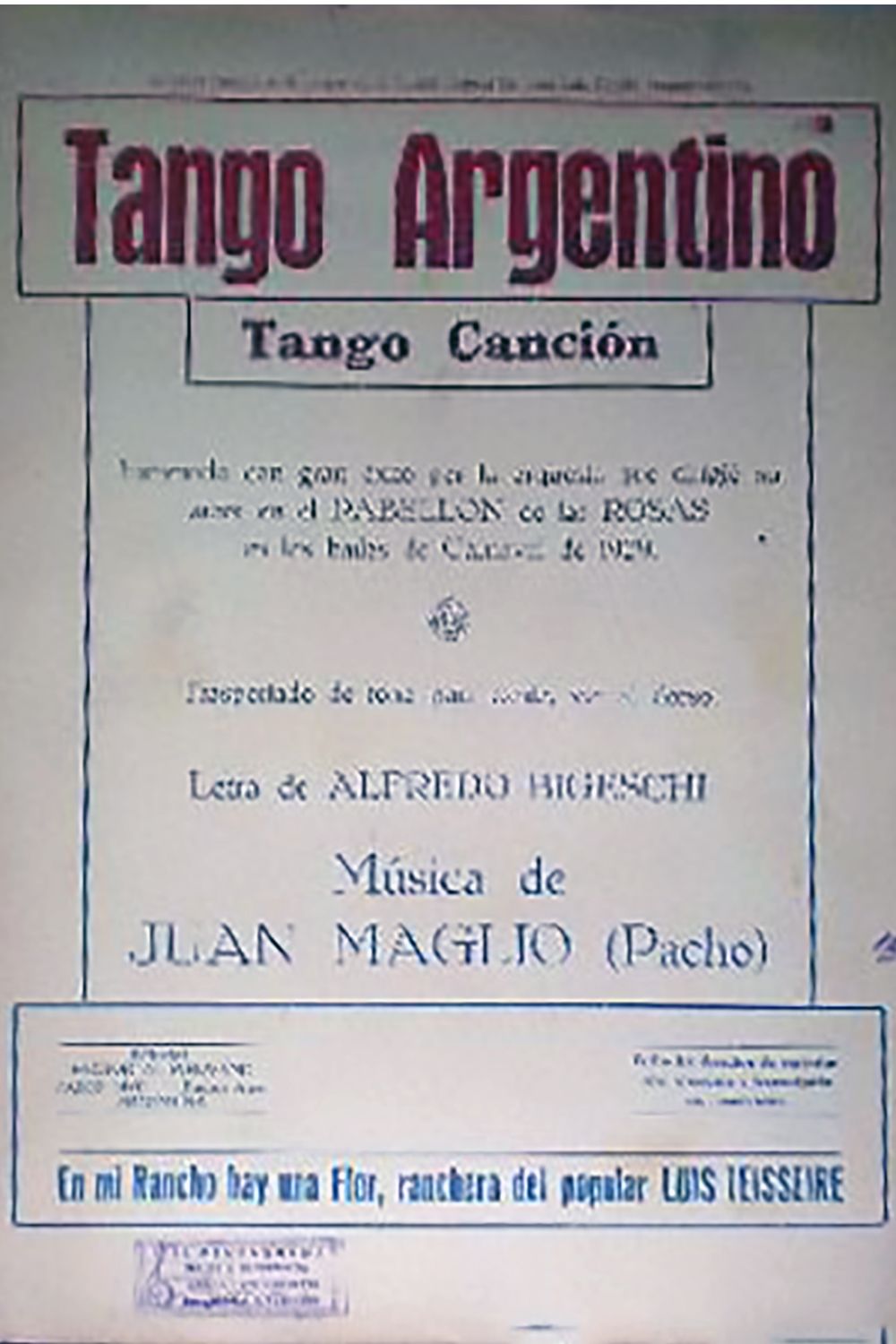 He was born on Elba, the Italian Mediterranean island located between Corsica and Tuscany, where Napoleon was confined in 1814.

When he was 12 years old, his parents set out on the road to America, arriving at the port of Buenos Aires on April 27, 1920.

His embedding in the New World started on Maciel Island, along with immigrants, adventurers, port and construction workers, and the underworld substrates who showed off their "cortes y quebradas".

Hard, brave years, even more so for a little boy who did not speak the language and who suddenly ran into his father's sudden blindness, for which he had to go out to work.

Although he dropped out of school, he never stopped reading, until his last days and this made it easier for him to use the language, the porteño idioms, and the early discovery of the nascent tango.

At the age of 16 he meets the famous Juan Maglio and contributes some verses to which Pacho puts music and thus “Tango argentino” was born.