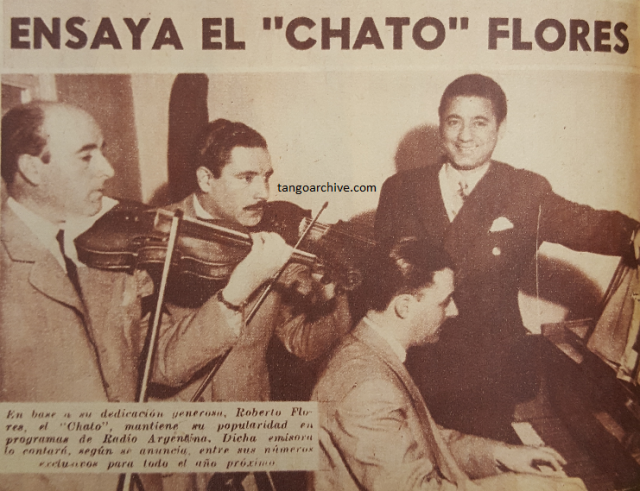 In 1923, he made his debut in the show business as actor.

He was developing his skill as actor and singer simultaneously until 1937, when he was summoned by the bandoneonist and orchestra leader Enrique Rodríguez.

In 1939, the year of his consecration, El Chato recorded the numbers that would accompany him throughout his career.

A jewel of his songbook: the tango “Son cosas del bandoneón”.

Also a composer, he authored the tango "Tristeza marina", of great succes.