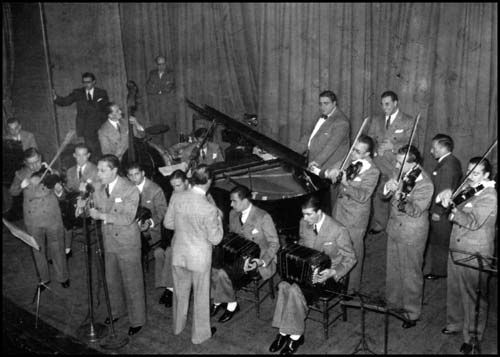 It would end up very hard work trying to mention all the musicians that passed through the ranks of the Juan D'Arienzo orchestra.

His career encompassed many years, over forty-five, plenty of work and success, appearing at hundreds of venues, radio stations, clubs, traveling throughout our country and Uruguay.

The story begins with Alfredo Améndola, owner of the Electra label and brother-in-law of Juan D'Arienzo’s father, who offered the young musician to cut recordings in his enterprise.

The idea was that by putting together an orchestra, in that way, he would put his life on track.

And so it happened.