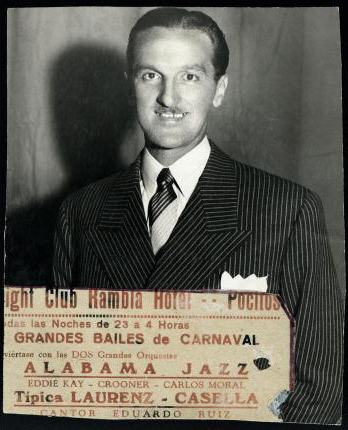 His name is written among the most representative Tango artists.

He had natural abilities which helped to make easy a difficult career at the time of the great singers.

He had a look, a personality, and a distinct voice that he evidenced with his phrased and melodious expression.

One of the first numbers, cut on August 4, 1943, was the tango by Luis Porcell and Leopoldo Díaz Vélez, “Muchachos comienza la ronda”. Continue reading at www.todotango.com…