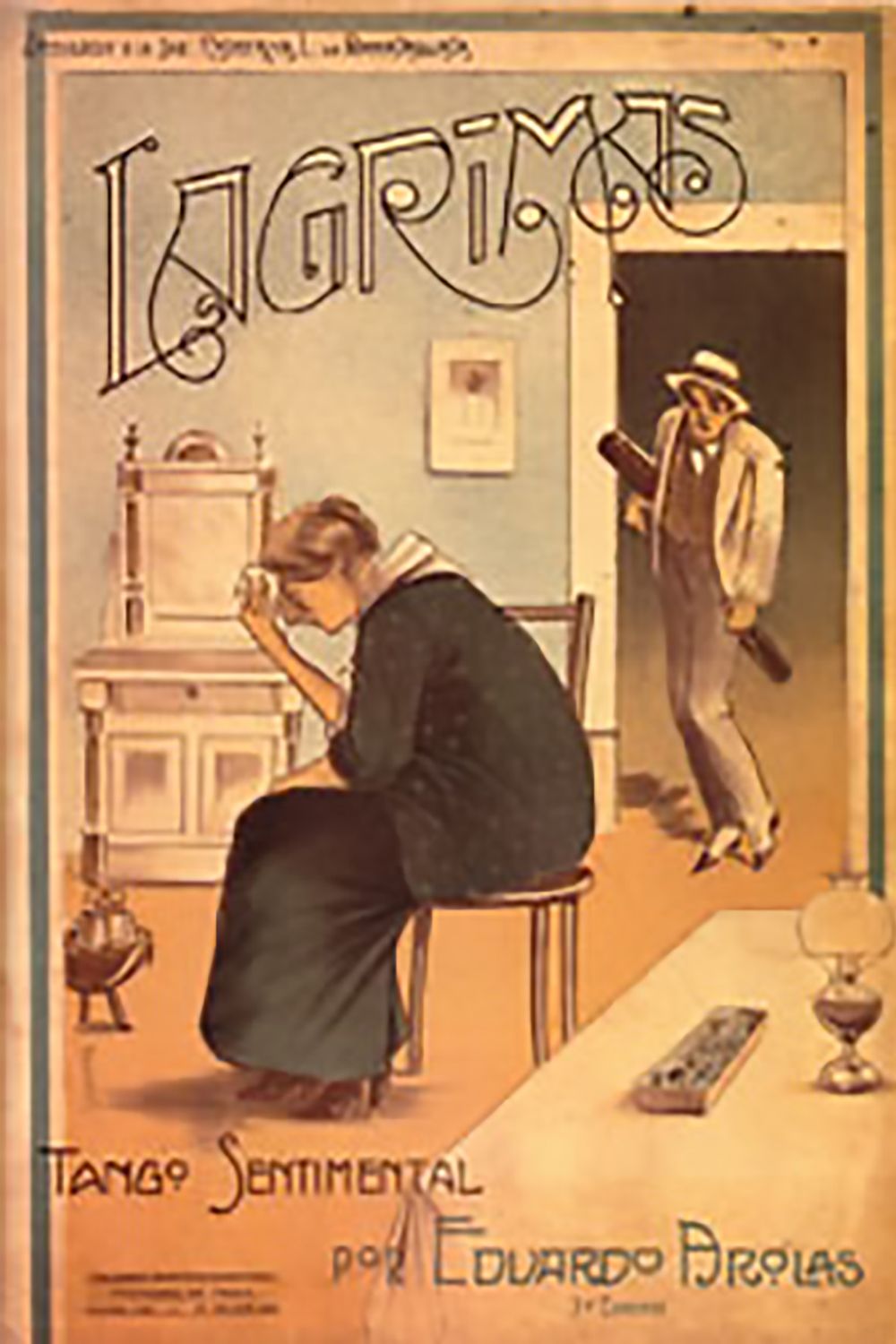 The last group of his compositions, from 1917 to 1923, showed an even further musical evolution, deeper in feelings, nostalgic, almost crying with masculine vulnerability, playing with his characteristic rhythmic phrasing.

These works were influenced by the break up with his lover Delia López, who ended up involved with his brother, and his subsequent submersion into alcoholism and chronic sadness.

The composition cover artwork for the song “Lágrimas” deserves a special mention because of Arolas’ self-portrait.

Dedicated to the mother of his colleague and violinist Tito Roccatagliata, combined a delicious rhythmic first part with a deeply emotional second part. Ricardo Tanturi recorded it in 1941.