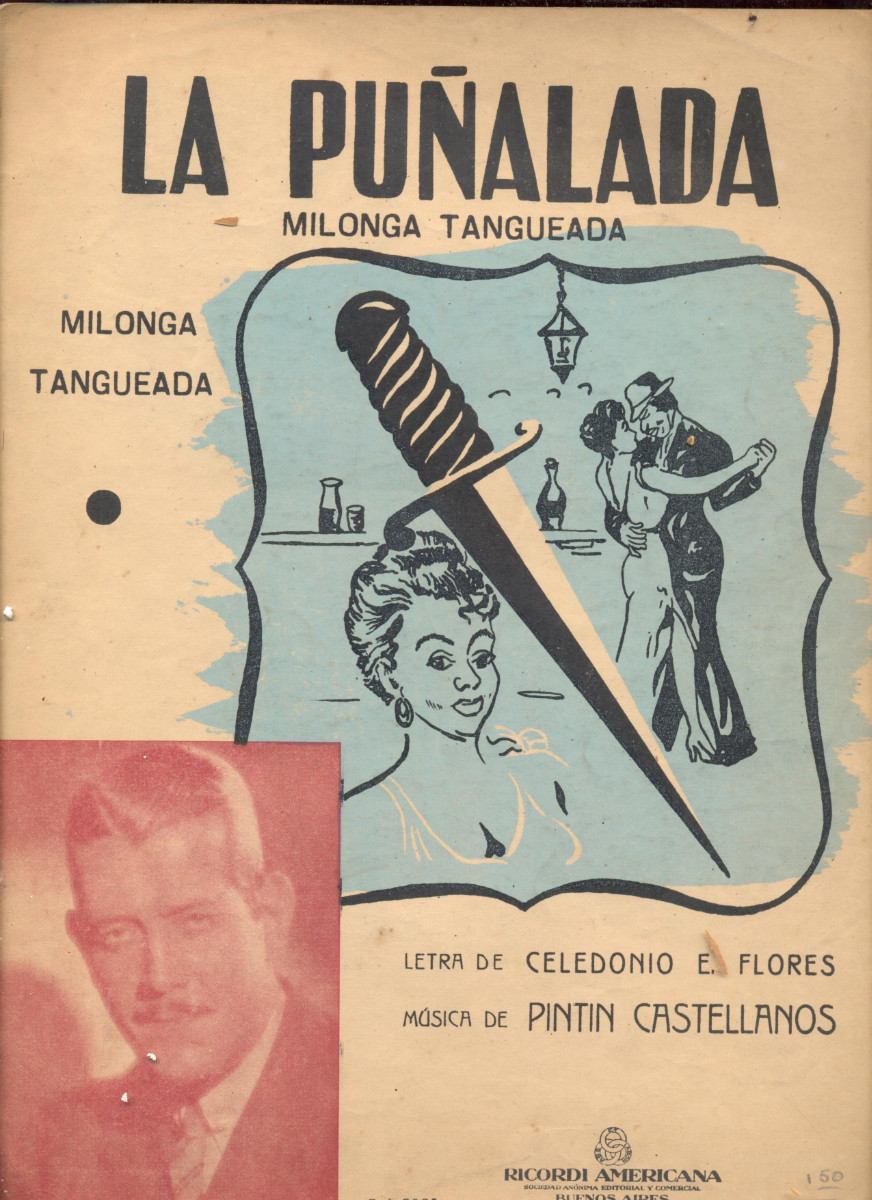 In 1933 an event that would change his life happened in a night club of Carrasco where he played the piano.

One night he offered to the audience a new number of his, a tango that he had entitled “La puñalada”, with a certain milonga air.

In that number all his fame would be based.

In the early summer of'36, Juan D'Arienzo —as it was usual for him— was ready to begin one more season in Montevideo.

And it was probably his intuition or that of his pianist Rodolfo Biagi, —for many the responsible for devising the rhythm that made the leader famous— what transformed Castellanos's tango into a milonga.

Biagi and the violinist Alfredo Mancuso were who transcribed the piece.