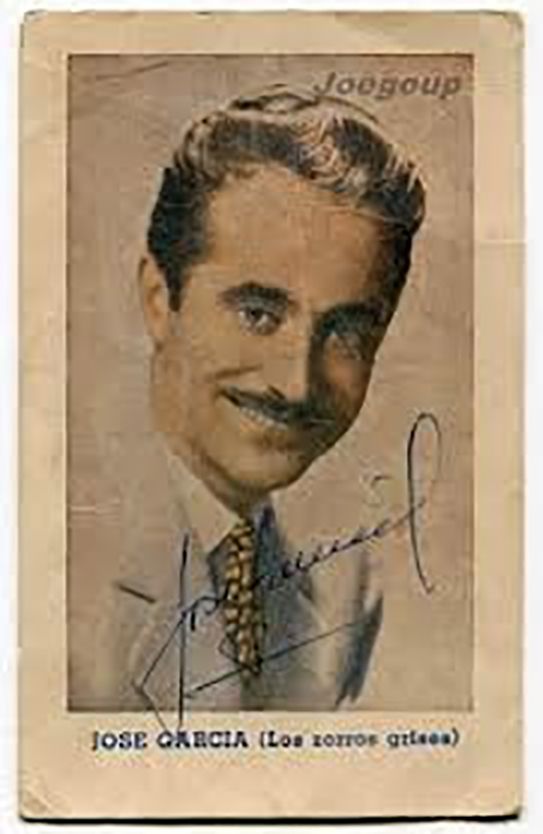 Soon after he finished his studies, José García put up a conservatory in Lanús. He tried to pass on the knowledge he had acquired through hard work to the kids with musical inclinations of that locality. Soon the enthusiastic brand-new teacher was favored by a great number of fervent students.

In 1926 he formed an infant orchestra lined-up by students of his Conservatory. Some of them later joined his polished outfit Los Zorros Grises..

As composer, José García wrote 28 numbers, from which these stand out: the tango "Esta noche de luna"