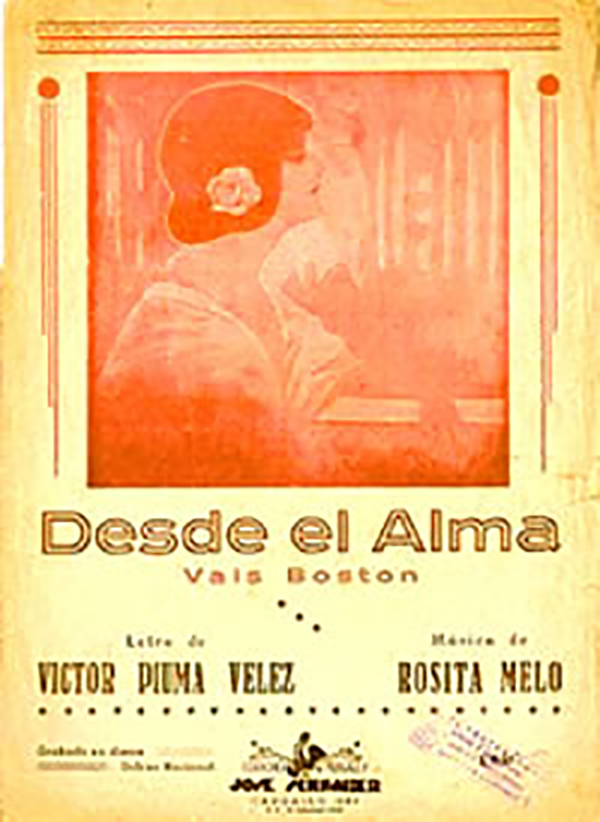 The young girl —just fourteen years old— laid her fingers on the black and white keyboard of the piano.

Hardly may she have guessed that the keys she had decided to play would strike the notes for one of the most popular melodies in Buenos Aires and, why not?, in all the world.

One after another, quarter and sixteenth notes were shaping a beautiful romantic melody, while the left hand was playing the no less romantic waltz beat.

Everything was springing from her soul, like one of her teen-age dreams.

Because of that there was no other possible title and she called it, precisely, “Desde el alma”.

It was an ordinary day in 1911 and, time later, the girl held in her hands the first recording of her waltz, made by the Roberto Firpo’s orchestra.

Later came a huge number of renderings committed to record to consecrate its composer, Rosa Clotilde Mele, born in Montevideo on July 9, 1897.

She was widely known by her nom de plume: Rosita Melo.