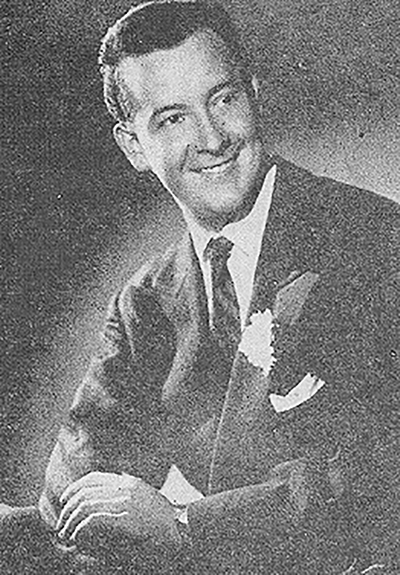 In the early 1943, Julio Martel had his great opportunity. A friend told him that at Radio El Mundo there was an audition for singers to join the Alfredo De Angelis orchestra. He enrolled, was auditioned, and was chosen among hundreds of contestants.

When they were celebrating his triumph, at a table of Mi Refugio barroom, next door the radio station, the glossarist Néstor Rodi, also secretary of the De Angelis orchestra, ordered a cognac. The waiter brought a Martell for him and Rodi told the singer:

«So you’re going to be called from now on».