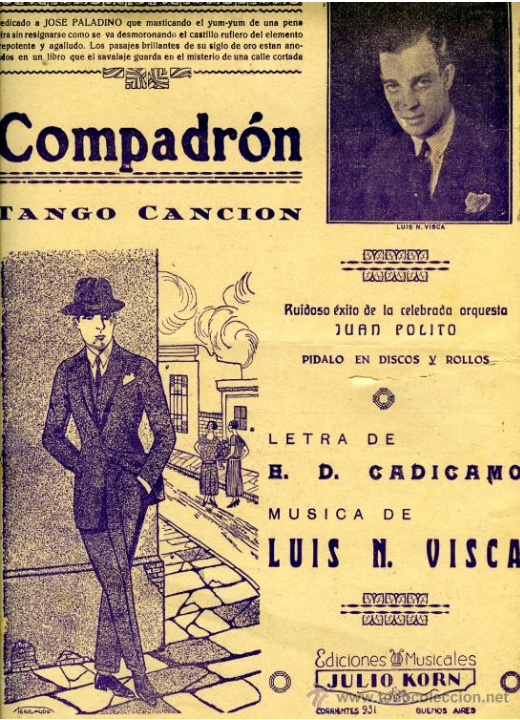 Enrique Cadícamo himself tells us in his book "Mis memorias" that one day in 1927 Ratita Rafael Iriarte had come to see him with the news that Visca had a new tango and wanted him to write the lyrics.

He went to the movie theater where the musician was playing and after the show the latter played it for him at the bandstand itself.

The lyricist thought it was suitable for a festive subject and as it was usual for him he wrote the «monster» (a group of nonsense words but which keep the rhythm of the melody and help to remember it when the time to write the definitive stanzas has come).

In this case his inspiration came when he remembered a person that often visited the Café Paulista in the neighborhood of Flores and who was called Purapinta by the café patrons. And so the lines of “Compadrón” were born.