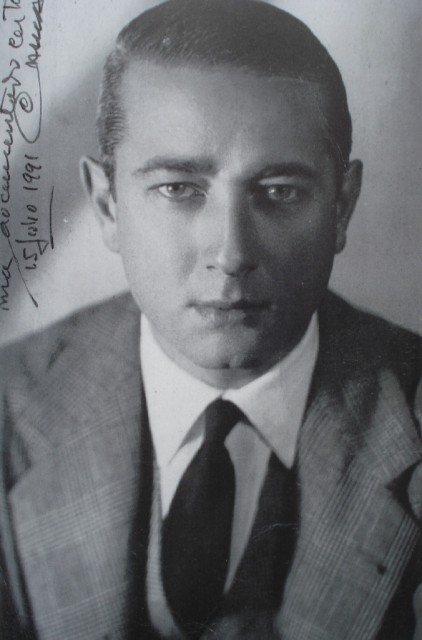 Cadícamo: “Tango needs not to be changed”

Excerpts from a conversation with Enrique Cadícamo: «I don’t agree at all with the so-called avant-garde of tango. Vanguard is what first falls in a line of fire. In a combat a vanguard is the part of an army which goes ahead of the main body. In tango there is something similar. The vanguard of tango is the first thing that falls before the indifference of all those who know what tango is.

«Tango has popular roots, like other rhythms in other parts of the world that have not changed nor have they been distorted nor have they been presented with a new packaging. Can one update cante jondo? It would be nonsense. Why? Because it comes from popular roots, Moorish, Spanish. I love all that means progress but in some things it doesn’t make sense. For machinery, for computers, for shows is all right. But not for this.

«Tango is a very humble, very simple thing. It was played by guys who had no formal musical training like Ángel Villoldo, Eduardo Arolas, Enrique Delfino. It was a feeling that was worth more than all the orthodox part contained in the written music. We have to keep tango the way it is. It is our thing, it is a landscape that remained as it was before. The tango has already come. It is impossible to speak of tango yet to come. Continue reading