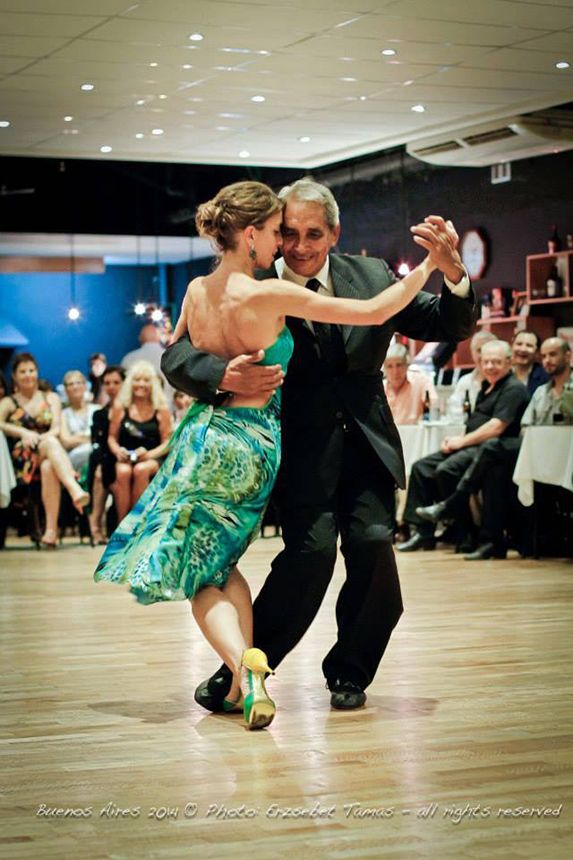 He started dancing tango in his early youth among other young men at the practice studio of Crisol and Verné. At the early ‘90s, he started organizing “milongas” himself. From 2003 to 2009 he leaded “La Milonguita”, one of the most famous “milongas” in Buenos Aires.  In 2002 he won the First Metropolitan Tango Championship in Buenos Aires. In 2003 he obtained the Tango Teacher degree released by Buenos Aires City Government. He was then authorized to teach at the Centro Educativo del Tango de Buenos Aires (CETBA), created by Masters and Dancers Gloria and Rodolfo DINZEL.  His passion for dancing as well as the harmony he shares with his partners, and the gracefulness of his movements, capture and celebrate the essence of traditional TANGO.

She was Blas’ dance partner for several years. She was born in Buenos Aires. She studied with maestros milongueros and then techniques for women with many tango teachers. She taught at the “Escuela de Tango de Buenos Aires” and for a year and half, in Paris. Much of her international career as a teacher and dancer was developed in Europe. Due to her interest in popular culture, she took the postgraduate course “Social and Political History of the Argentine Tango” (FLACSO Virtual, 2014). She was recently co-director of the thesis “Barrio de tango, luna y misterio …”, based on the relationship between the neighborhood and tango lyrics. 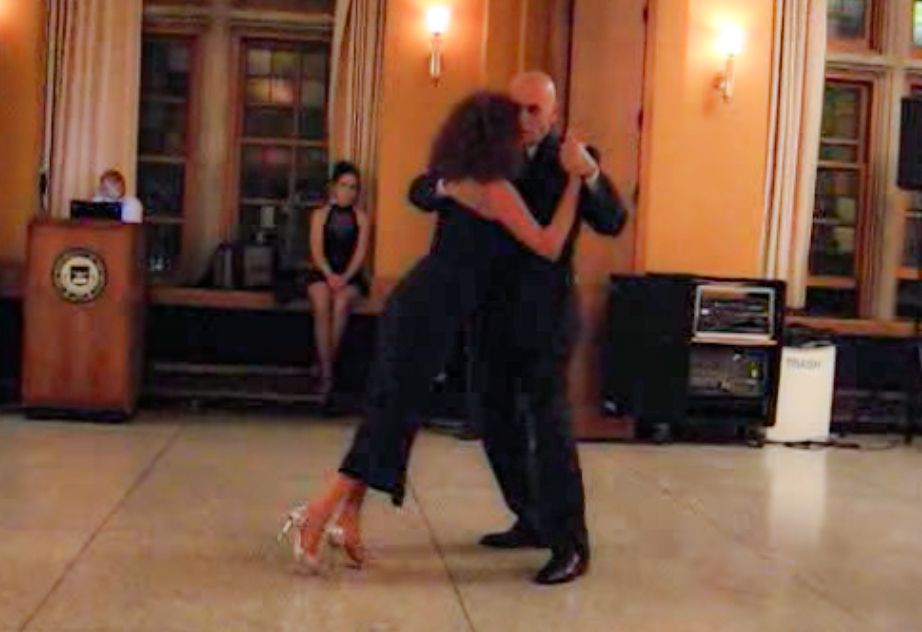 Enriqueta has danced tango for over 17 years. She had taught group and private classes in Buenos Aires and all over the world. She was an expert in Salon Tango – Milonguero Style, Tango Waltz and Milonga. 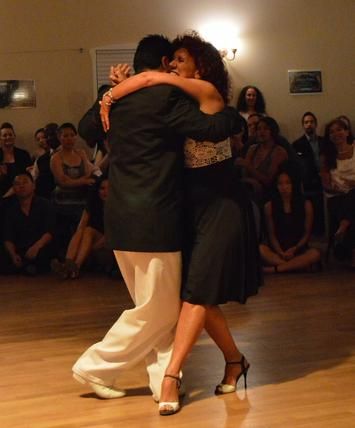 is an elegant and accomplished dancer with refined technique and distinctive personality. Her ability to imbue the role of the woman with verve and style has made her one of the most sought after female partners in Buenos Aires milongas.

She is most noted for her beautiful foot play and the strongly sensual connection with her partner, which is done with humor and decorum. She exemplifies communication and presence in the dance, and this is a focus in her teaching for both men and women.

Alicia was trained in classical dance from an early age and as a young woman performed in some of Buenos Aires’ most well known theaters, the Colon, the Coliseo, and the Alvear. Her introduction to tango came later, and her first teacher was Graciela Gonzalez, whose women’s technique helped shape Alicia’s tango footwork. Alicia then gravitated toward the milonguero style and her first inspiration and male teacher in that style was Tete Rusconi, one of the most renowned milongueros of his generation.

She taught for a number of years with Cacho Dante, with whom she has performed at the Teatro San Martin as part of the City of Buenos Aires tango festival. Alicia has been teaching both private and group classes on her own in Buenos Aires and the U.S. for the last several years. She has become a very popular visiting instructor on the U.S. Argentine Tango workshop circuit, where she frequently is joined by Robert Hauk as her partner.

As a teacher, Alicia emphasizes the connection between the partners, and in particular the woman’s ability to not just follow, but to be an equal protagonist in the dance. Her knowledge of the mechanics of what makes the dance work in the “milonguero” embrace is unique.

Alicia’s teaching methods are grounded in her academic training. She holds a degree in Educational Science and Psychology, and she is currently an instructor for university level education students, in addition to her teaching, being a mother of two sons, and running her family real estate business. She is a very warm and caring person who loves to share her knowledge.

is an authentic milonguero with a passionate and elegant style. He transmits the pulse of Buenos Aires from his feet.

Luis teaches Tango in the Argentinean cities of Mar del Plata and Buenos Aires since 2004. Sponsored by the Argentine Consulate in Vienna (Austria), Luis toured Europe in 2009 and he continues returning to Europe every year since alternating his workshops in Austria, Italy, France, Belgium, The Netherlands, and Spain, and regular classes at the prestigious dance hall La Nacional of Buenos Aires. 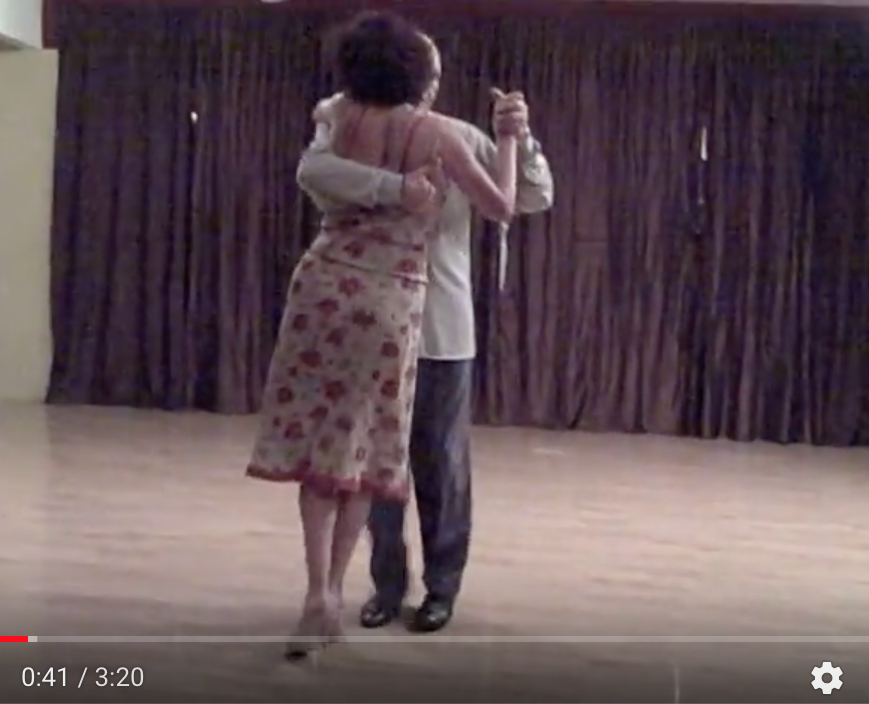 Enriqueta Kleinman and Ruben Harymbat, May 2009.

Ruben’s passion for the tango was evident as soon as you see him on the dancer floor. His energy belies his age, or perhaps it is indicative of the many years he has expressed himself through the dance. Ruben was the “master of improvisation” and owner of enormous creativy. Ruben was highly sought out dancer in Argentina for performances. His performance partners have included Anna Maria Schapira, Alicia Pons, Susana Miller, Maria Plazaola, Enriqueta Kleinman, and Marisa Galindo among others. Ruben was invited to perform in November 2007 for the Congress of the Nation of Argentina in homage in “Recognition to the Milongueros of the night in Buenos Aires.” Read more.

Enriqueta has danced tango for over 17 years. She had taught group and private classes in Buenos Aires and all over the world. She was an expert in Salon Tango – Milonguero Style, Tango Waltz and Milonga. Enriqueta also specialized in teaching technique for women and has led many courses and seminars. She performed at the Third and Fifth Metropolitan Championships in Buenos Aires. Read more.

His story is part of the tango mythology, a legend, today very few who had witnessed his life or his art remain. His image was captured on the film Tango, premiered in 1933, where he can be seen with his partner Carmencita Calderón, just a girl under 20 years old.

His nickname remained for our everyday history as his definitive first and last names: El Cachafaz.

It is possible he had been and it is possible he had not, his face inspired doubts. Combed a la gomina (with a sticky paste), the hair tightly pulled backwards, Indian-like features and pock-marked, he always appeared with a serious countenance on pictures and on movies. Read more at www.todotango.com…