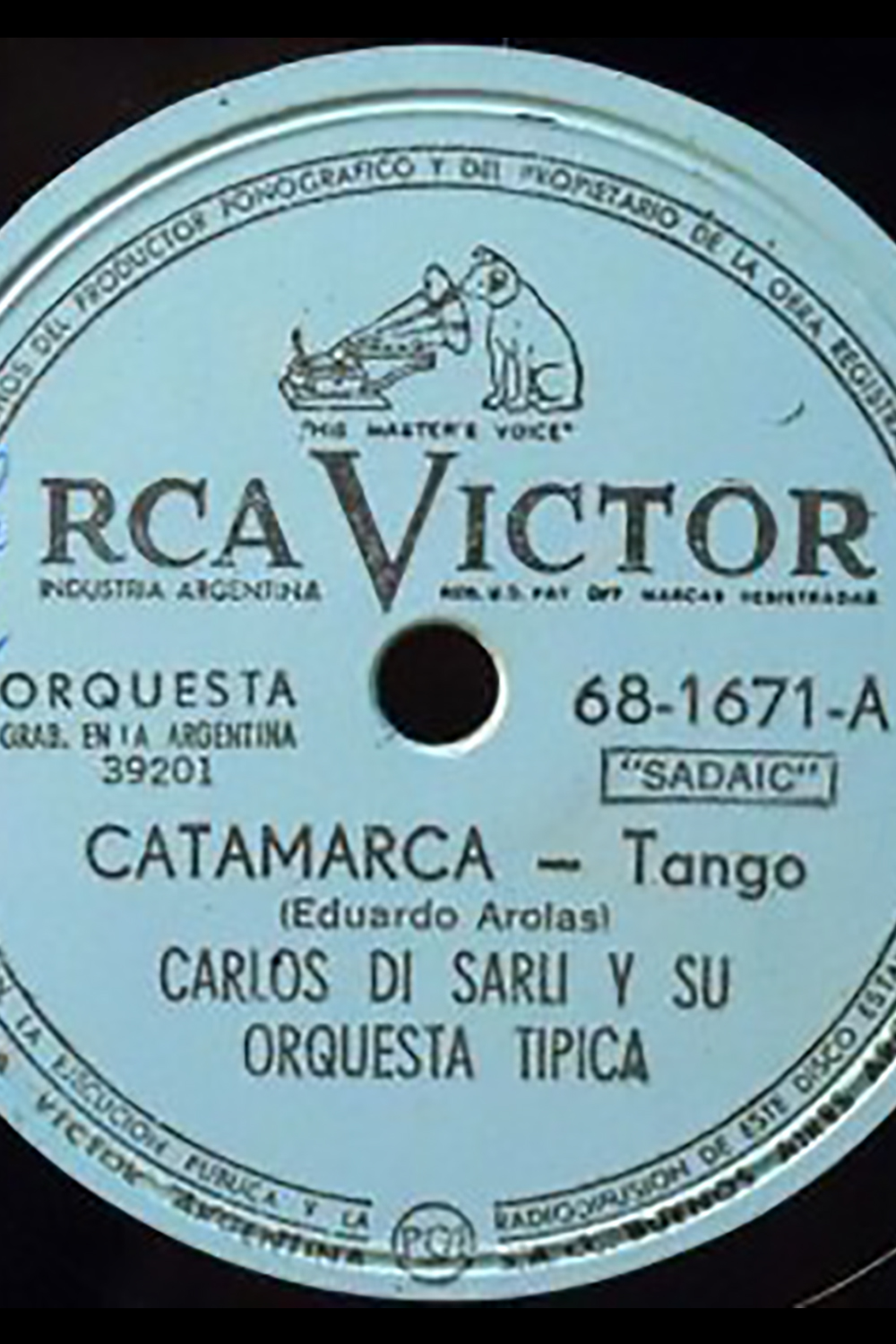 In 1918 Eduardo Arolas' orchestra was formed with him on the first bandoneon and conductor, Manuel Pizzarro on the second bandoneon, Rafael Tuegols on the first violin, Horacio Gomila on the second violin, Roberto Goyeneche on piano, and Luis Bernstein on double bass.

This was the peak of his career, playing in both Buenos Aires and Montevideo.

1918 brought this eminently rhythmic composition: “Catamarca”, initially called “Estocada a fondo”, of which Carlos Di Sarli left us a magnificent rendition in 1940.