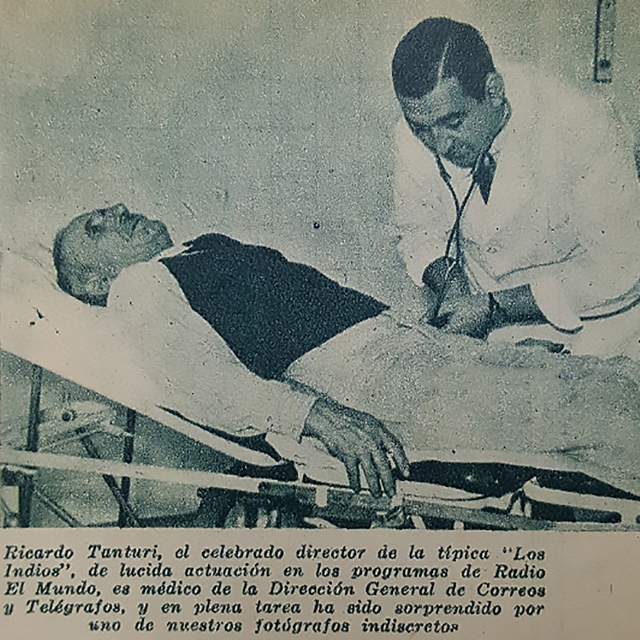 Tanturi’s great success would come in 1939 when he incorporated Alberto Castillo, a great attraction for the public.

Castillo, with his perfect tune, master ability in the use of pitches and mezza voce, seduced the audience in many possible ways: with his exaggerated gestures, his masculine elegance, and neat hairstyle, his gynecologist degree (obtained in 1942), and that sometimes intimate sometimes lively mood, all of which made a show of each and every tango.

In all the 37 songs recorded by Castillo before leaving Tanturi in 1943, the orchestra let him play the leading role as it also did with the singer chosen to replace him, the Uruguayan Enrique Campos. The same as Castillo, Campos was concerned with communicating with the public, making no attempts to display his vocal skills. He sang in an indifferent, unexcited, simple fashion. Behind him, the orchestra sounded self-confident, precise, and discreet, with a plain perfection. All this turned the 51 songs recorded by Tanturi-Campos into one of the treasuries of the genre.

More about Ricardo Tanturi and his recordings…

Read this article in Spanish…