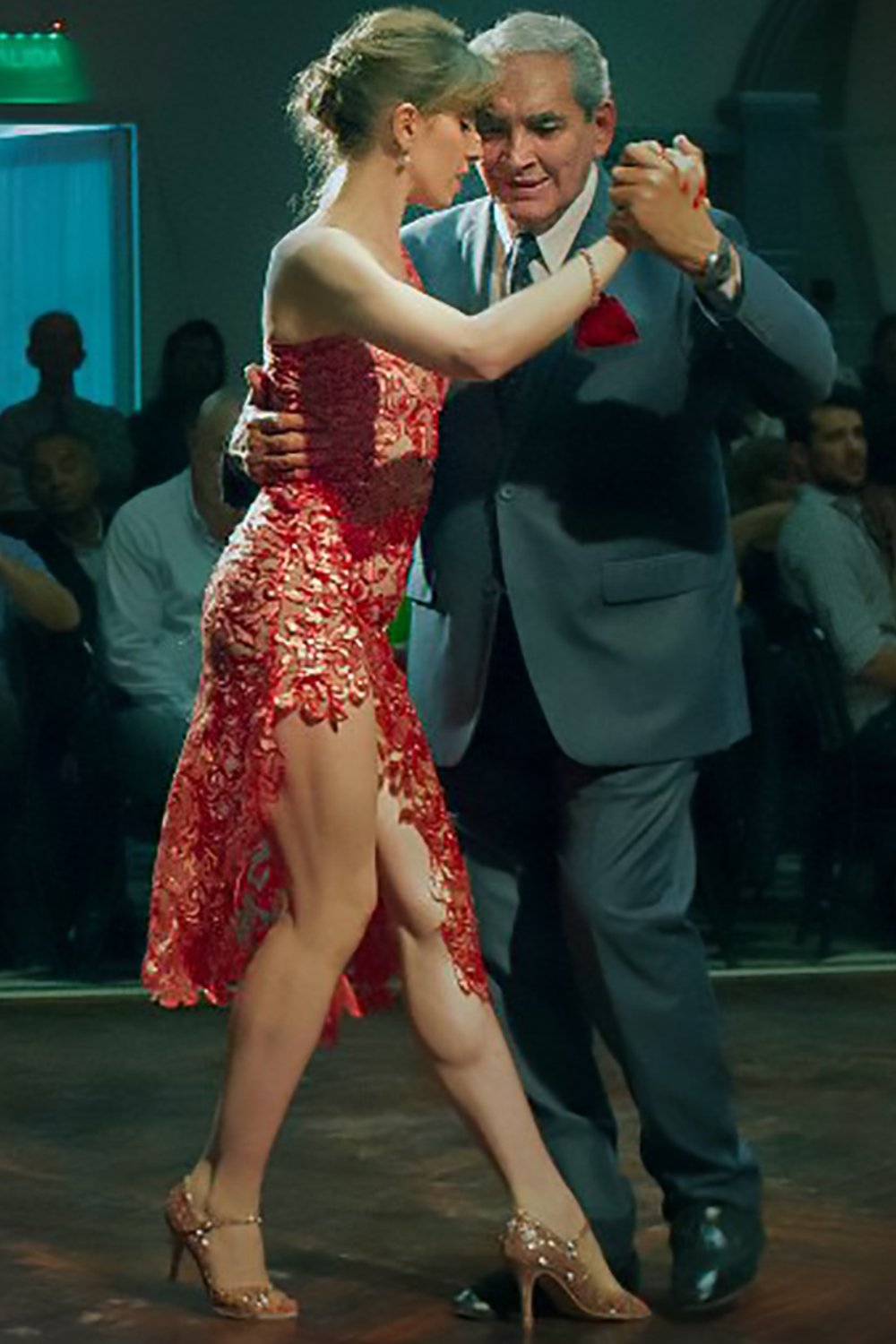 He started dancing Tango in his early youth among other young men at the practice studio of Crisol and Verné.

In the early ‘90s, he started organizing “milongas” himself.

In 2002 he won the First Metropolitan Tango Championship in Buenos Aires.

In 2003 he obtained the Tango Teacher degree released by Buenos Aires City Government.

He was then authorized to teach at the Centro Educativo del Tango de Buenos Aires (CETBA), created by Masters and Dancers Gloria and Rodolfo Dinzel.

His passion for dancing as well as the harmony he shares with his partners, and the gracefulness of his movements, capture and celebrate the essence of traditional Tango.

She was Blas' dance partner for several years.

She was born in Buenos Aires.

She studied with maestros milongueros and then techniques for women with many tango teachers.

She taught at the “Escuela de Tango de Buenos Aires” and for a year and a half, in Paris.

Much of her international career as a teacher and dancer was developed in Europe.

Due to her interest in popular culture, she took the postgraduate course “Social and Political History of the Argentine Tango” (FLACSO Virtual, 2014).

She was recently co-director of the thesis “Barrio de tango, luna y misterio …”, based on the relationship between the neighborhood and tango lyrics.

Dancing Argentine Tango is not at all something superficial. On the contrary, it requires we have the courage and the predisposition to face it, dedicate time to it, learn, study, observe, investigate, question, practice, create, do, recreate, and do countless times again, without worrying about quantities, because we could not dance Tango without being generous, starting with being generous with ourselves, with our living bodies, with our joy of being alive. #tango #tangoargentino #tangodance #tangos #tangopassion #tangobuenosaires #tangoart #tangoargentina #lavidamilonguero #milonguerolife #artislife #friendship #beauty #discipline #joy #tangoals #tangomusic #tangotime #realism #withme #withus #philosophy #howtolive #worldpeace #travel #culture