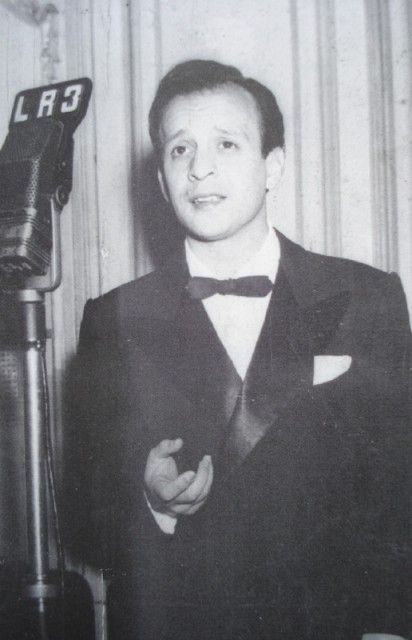 He was born on January 6, 1922, on 753 Agüero Street —in the heart of the neighborhood of el Abasto—, son of Lorenzo Rufino and Agustina Guirin, although in his birth certificate is written the day he was filed on the records, on the 8th day of that same month and year. A little bit yonder, on Agüero and Guardia Vieja Streets, the café O’Rondeman was placed, where Carlos Gardel attempted his early songs. A premonition? Maybe, because Rufino as well started at the old café of his neighborhood, which still was run by the Traverso brothers. But there is a further coincidence: in the same year, 1935, his father and Gardel died. And in 1936, a few days after the cortege which was mourning Carlitos to his final abode had passed along Corrientes street, El pibe del Abasto —as he was called since the early days at O’Rondeman, made his professional debut; he was also called El pibe Terremoto— at the Café El Nacional, as vocalist of the Francisco Rosse typical orchestra, to switch, a little bit later, to Petit Salón, with Antonio Bonavena orchestra, composer of “Pájaro ciego” and uncle of the would-be boxer.