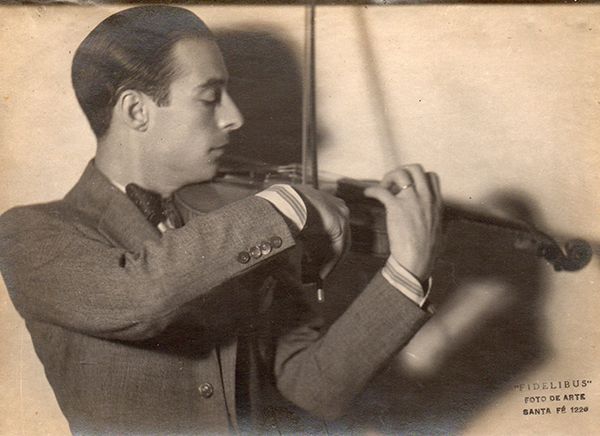 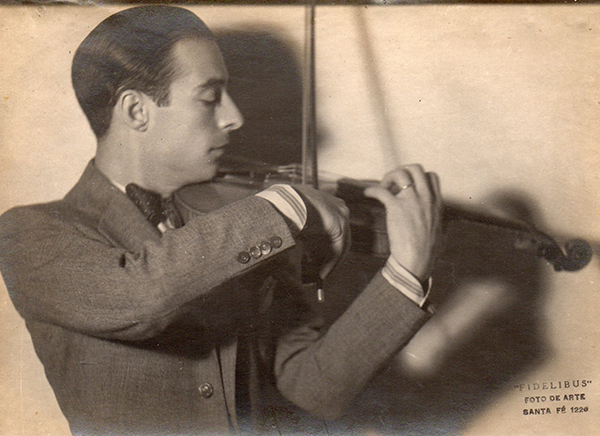 Luis Adolfo Sierra made the following description of his style:

«With perfect intonation, he completely mastered his instrument and the resources of playing; with a deep knowledge of all the secrets of the violin mechanism.

He always showcased an impeccable dexterity when handling the bow and a facility with the left hand which allowed him to reach the highest notes naturally.

He embellished his phrasings with the addition of subtle turns and grace notes of precise execution.

He had an unmistakable vibrato and romantic lyricism in all his interpretations.

Remarkable personality to the point that his unmistakable sound made, unintentionally, always his performance outstanding at any of the so many violin sections he joined.

In spite of the fact that he never intended a personal showcasing, his presence was always evidenced.

Even though, in essence, he was a product of the Decarean school, his violin style was totally different from Julio De Caro’s.» 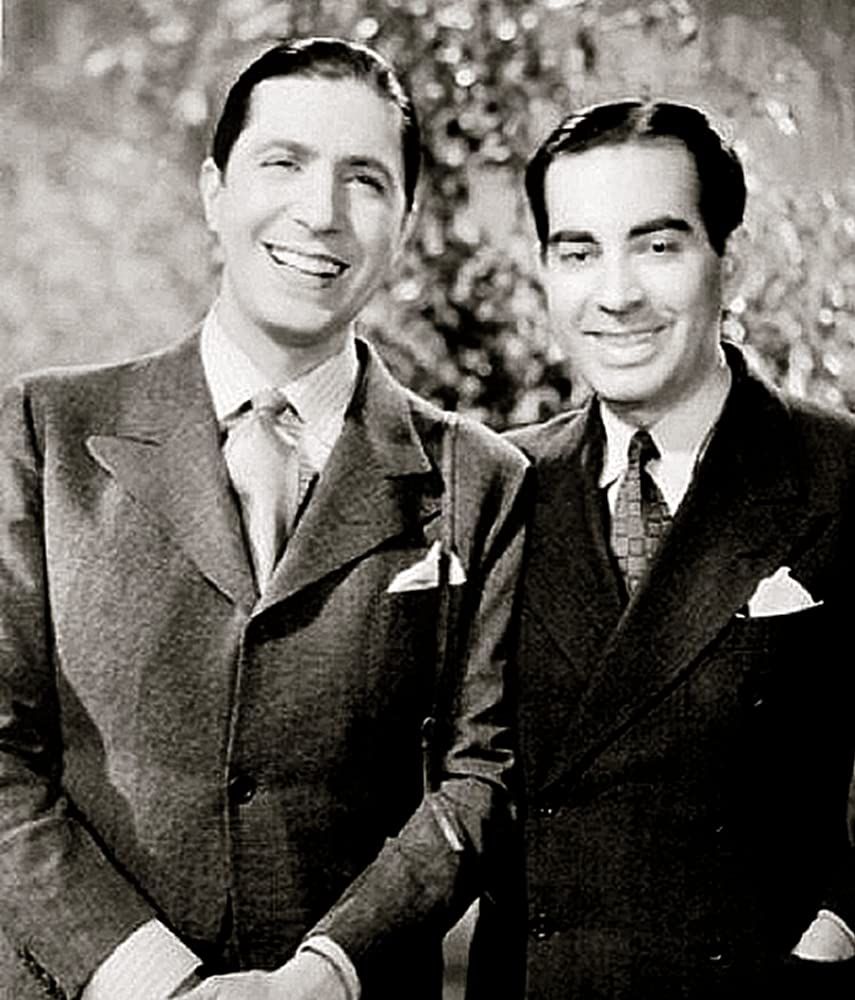 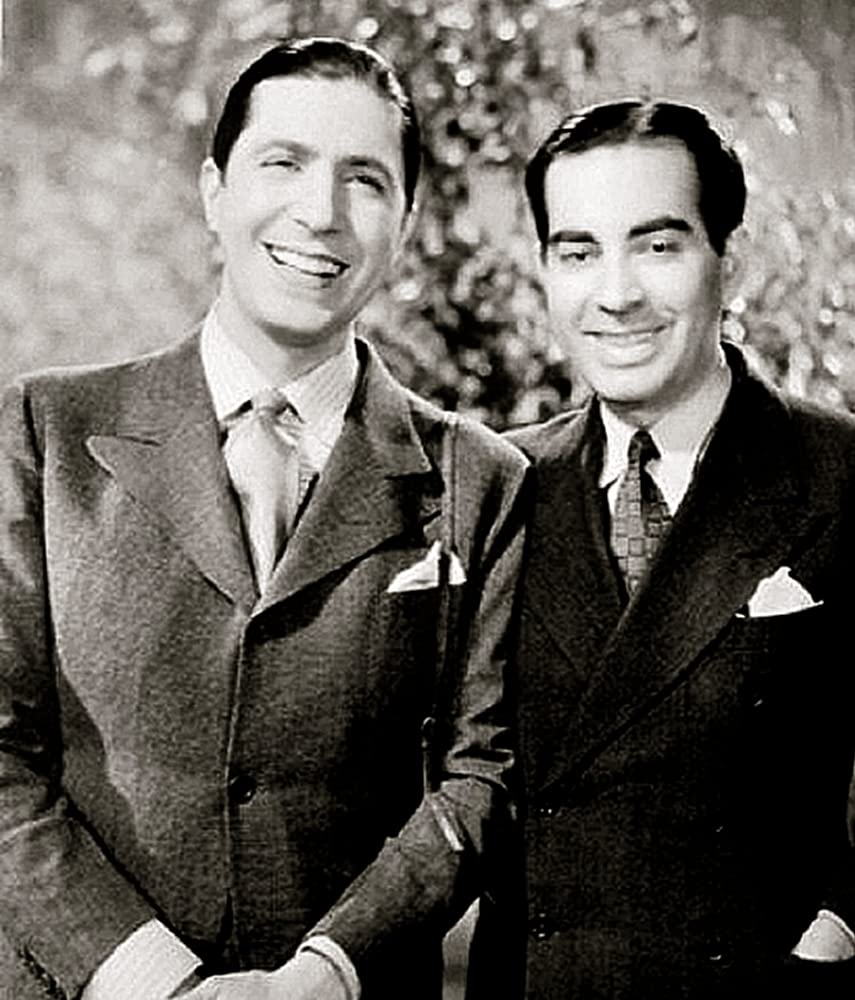 In his lyrics Le Pera tried to use a language that would be understood by all the Spanish-speaking world.

Then widening, in that way, the geography of tango.

In fact, Gardel, with his mimicry, broke the barriers of the language. Like every great interpreter, his language was universal.

However, in spite of that we cannot underestimate Le Pera’s contribution, who, by launching the singer beyond the closed localism which surrounded the poetry of tango, he helped his friend by making easier his road to a vast conquest. 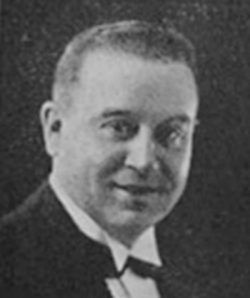 The real amplitude of Carabelli’s capacity is evidenced as from 1926 when Victor hired him as artistic director of the label, and at the same time commissioned him to form an orchestra which would play either jazz or tango music. Thanks to Carabelli, since then the Victor staff reached a higher hierarchy, achieving the inclusion of notable musicians and choosing an attractive repertoire. Similarly, the development of the orthophonic recordings reached an unexpected sound quality just a few months before.

However, in the Carabelli’s orchestra jazz and other beats were played more than tango; and it remained that way until the early thirties when tango recordings began to be issued on a regular basis. Around 1931 his was an outfit completely identified with Buenos Aires, having players like Federico Scorticati, Ciriaco Ortiz, Luis Petrucelli and Carlos Marcucci on bandoneons; Elvino Vardaro, Manlio Francia and Rossi on violins; his brother Orlando Carabelli on double bass; and himself on piano, conduction and arrangements. From time to time other instruments to reinforce certain sounds or to achieve some effects were included. Also Vicente Gorrese, Humberto Costanzo, Renato Zaffignani and Héctor Presas Cachito passed through its ranks, just to mention a few more.