The scientific development of linguistics, rooted in the work of Ferdinand de Saussure (1857-1913) “Course in General Linguistics”, has influenced other human studies.

For instance, the structural anthropology of Claude Lévi-Strauss (1908-2009) and his “structuralists” continuators, who see all human productivity structured as a language.
Going further, intellectuals called post-structuralists, understood that this language-shape can be found in realms beyond intentional human activity.
Jacques Lacan (1901-1981) saw our nightmares as a language, and generalized the concept of language structure to our sub-conscience.
For the artist-philosopher Jacques Derrida (1930-2004), language must be considered rooted in the written words, contesting the assumption that language is produced first by spoken words and then “translated” to writing. He said that “there is nothing outside the text”, and sees even natural phenomena expressing itself in this way.

Independently, American philosopher Charles Sanders Peirce (1839-1914), proposed a semiotic metaphysics. For him, everything -including the human being- is a sign. We are part of a Cosmos in continuous communication.

There is no more subtle way to communicate and redefine the entire Universe. 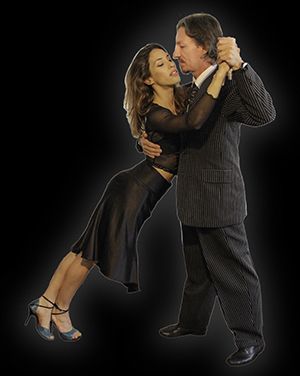 Are the way to learn Argentine Tango
Book your private lesson