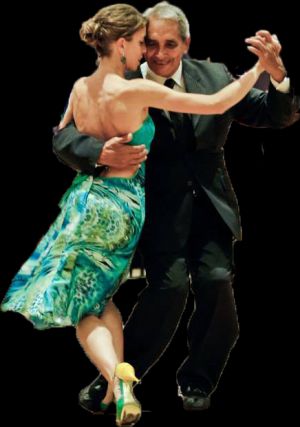 He started dancing tango in his first youth among other young people in the practice studio of Crisol and Verné. Later he attended several carnival parties organized in local clubs such as San Lorenzo de Almagro.

Since then he has never stopped dancing and attending the most important clubs of his time, such as Club Unidos de Pompeya, Club Huracán, Club Social and Deportivo Buenos Aires, Club Social Rivadavia, Rivadavia Palace, Almagro Club, Chacarita, Premier, Haines Publishing House, etc. In his youth, he often danced in the main tango bars of Buenos Aires, such as Picadilly, Sans Souci, Monte Carlo and many more.

His passion for dance and the harmony he shares with his partner and the grace of his movements capture and celebrate the essence of traditional TANGO.